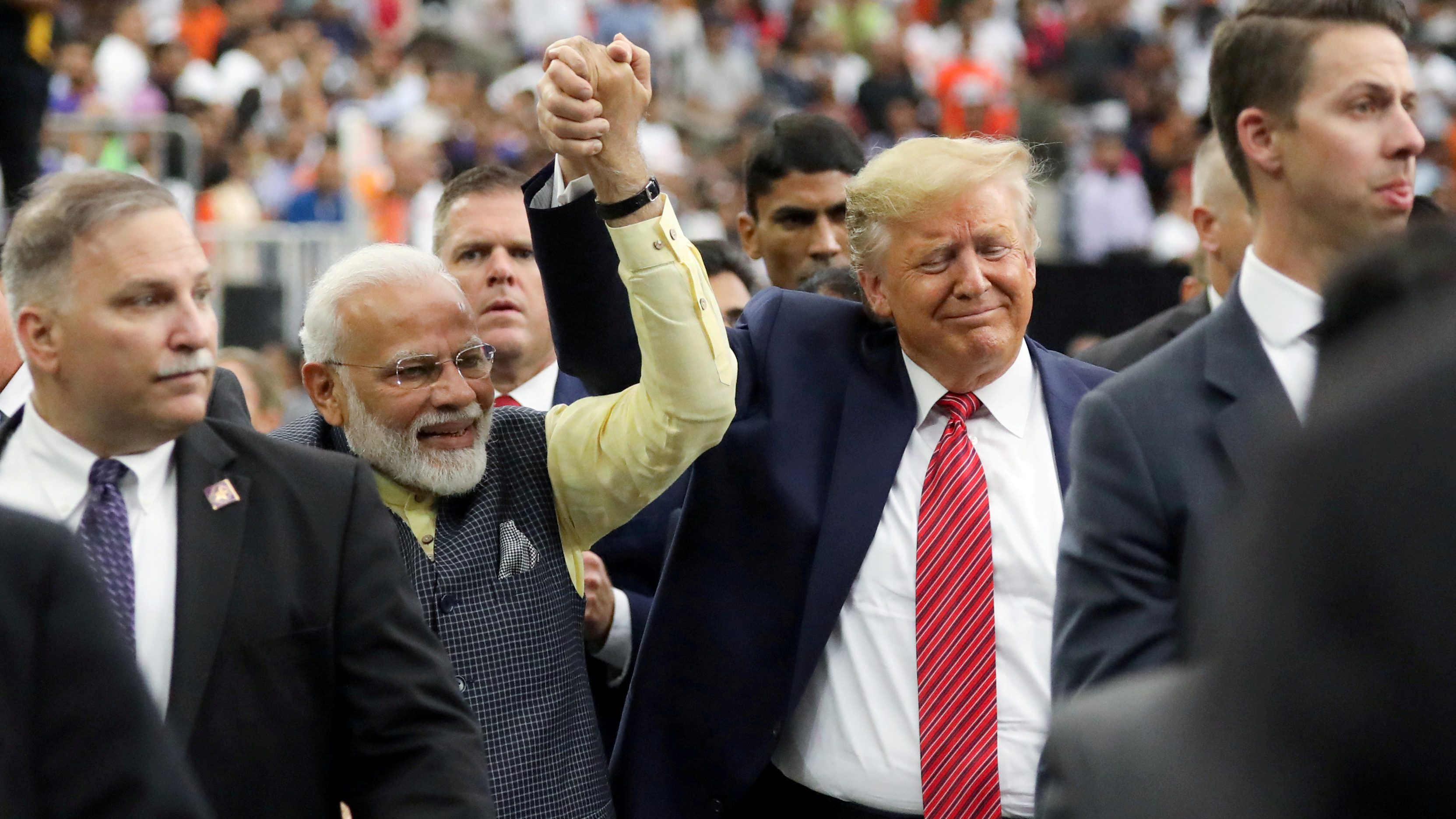 US president Donald Trump arrives in India next week at a time when Indians’ opinion of him has never been better.

While he feels he hasn’t been “treated very well by India,” up to 56% of Indians are confident about his foreign policy, a Pew Research Center survey shows. In 2016, this figure stood at only 16%.

The US think tank’s Global Attitudes Survey was conducted between June 24 and Oct. 2, 2019, through face-to-face interactions with 2,476 people.

Those closer to the BJP are also more likely to offer an opinion, it said. This aligns with Trump’s recent statement that despite the trade deal issues and snubs over Kashmir, he still liked Modi “a lot.”

Trade on the table

There is much speculation whether India and the US will be able to ink a trade deal during Trump’s first-ever state visit to India on Feb. 24-25. The two countries have had several rounds of retaliatory tariff hikes in the past year. Some 48% of Indians disapproved of the US tariffs against Indian products, the survey showed.

It also appears that they are happy to export goods, services, and even talent while viewing foreign investments itself with some suspicion. Though a large majority of Indians said foreign companies setting up factories in India was good, they disapproved of Indian firms being bought out.

The US-China trade standoff is also a potentially important piece of the Modi-Trump talks, especially since America looks to India “as a counterbalance to growing Chinese influence around the globe,” Pew wrote. And the US could well use this sentiment in India to its advantage. Over 60% of Indians said the country should pick the US over China for stronger economic ties.

The US influence on the Indian economy, as compared to China’s, was also seen more positively.