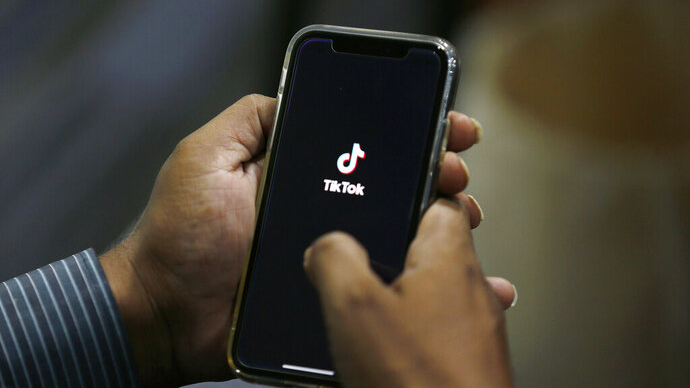 A federal judge has preliminarily blocked the Trump administration’s ban on TikTok, which has been set to take effect Nov. 12.

The case was brought by three TikTok creators, who argued that President Trump’s executive order directing a complete ban on the Chinese-owned short-form video app infringed their First Amendment rights to free expression. The White House has argued that TikTok represents a national security threat.

In the ruling Friday granting a preliminary injunction to halt the ban, District Judge Wendy Beetlestone of the U.S. District Court for the Eastern District of Pennsylvania, wrote that the plaintiffs “have demonstrated a clear likelihood of irreparable harm.” She also found that the U.S. government’s “own descriptions of the national security threat posed by the TikTok app are phrased in the hypothetical” and therefore she could not find that “the risk presented by the government outweighs the public interest in enjoining” the ban.

The decision comes after a separate Sept. 28 ruling by a federal judge blocking the White House’s ban on TikTok downloads in the U.S. — just hours before it was to go into effect. In that case, which was brought by TikTok, the judge ruled that the Trump administration “likely exceeded the lawful bounds” of the powers afforded to the president under the the International Emergency Economic Powers Act. The DOJ has appealed that decision.

The three TikTok creators — Douglas Marland, Cosette Rinab and Alec Chambers — sued Trump and Commerce Secretary Wilbur Ross on Sept. 18. They argued because of the Nov. 12 ban, they would suffer irreparable harm based on the deprivation of their First Amendment rights.

TikTok is used by over 100 million users in the U.S. alone and 50 million use it daily, according to the lawsuit. The ban would eliminate the creators’ ability to earn money through TikTok, they argued: Rinab said she creates videos for fashion brands and other companies, and earns between $5,000 and $10,000 per video, while Chambers earned $12,000 for promoting the Extra gum brand in a TikTok video.

“We are pleased that the judge has halted this ban, which exceeds the President’s authority under the International Emergency Economic Powers Act, namely portions of the Act that reflect our nation’s deep commitment to free speech,” said Ambika Kumar Doran of the law firm Davis Wright Tremaine, who is lead attorney for the plaintiffs.