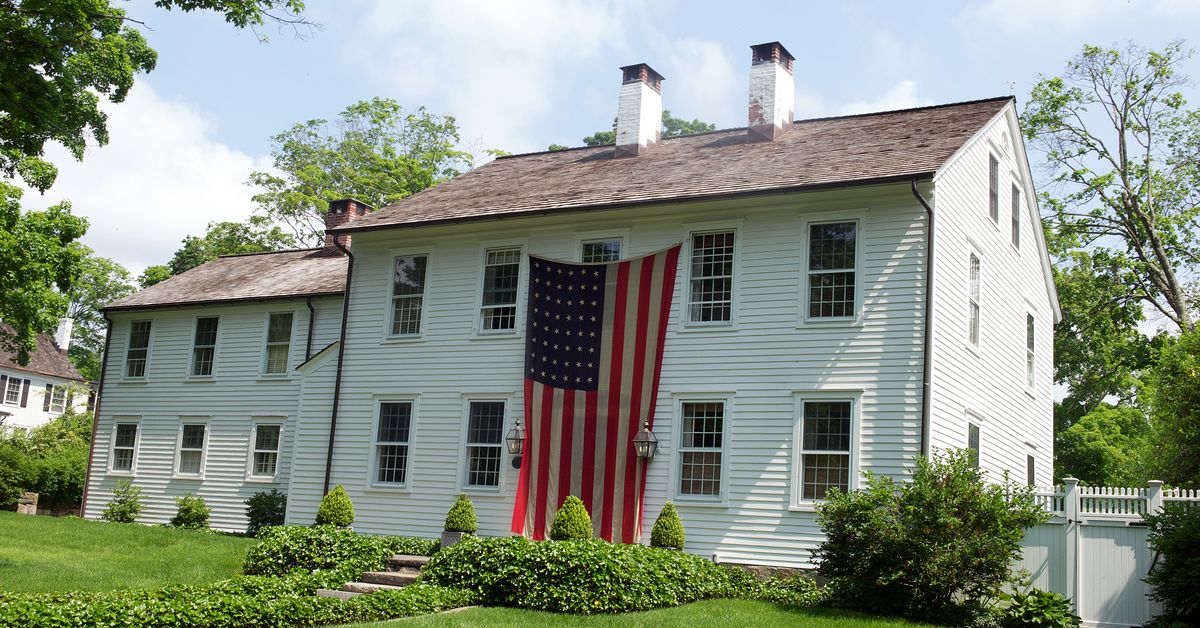 Trump has warned the “suburban housewives of America” that Biden “will destroy your neighborhood and your American Dream.” The tweets are dog whistles aimed at reviving a failing presidential campaign. But formally speaking, these are allusions to the administration’s plan to withdraw the Obama-era Affirmatively Furthering Fair Housing (AFFH) rule.

On July 29, Trump tweeted that, thanks to him, suburbanites “will no longer be bothered or financially hurt by having low income housing built in your neighborhood.” He claimed this initiative to make housing less affordable will guarantee that “crime will go down.”

…Your housing prices will go up based on the market, and crime will go down. I have rescinded the Obama-Biden AFFH Rule. Enjoy!

At an event in Midland, Texas, later that same day, Trump further elaborated that under his watch “there will be no more low-income housing forced into the suburbs.”

“It’s been going on for years,” Trump said. “I’ve seen conflict for years. It’s been hell for suburbia.”

Narrowly, this is a fight about an Obama administration rule with few practical consequences. But it’s also about one of the most important issues in American politics, which is the systematic underproduction of housing due to excessive regulatory barriers. Trump’s campaign to rally suburbanites against the cause of increasing housing stock is important because it could shape how an influential voting bloc thinks about these issues.

Somewhat ironically, the Trump administration itself had been on the other side of this fight until this summer. Most conservative economists think the Obama administration’s instincts on land use regulation were broadly correct. But then, Trump decided to turn a bit of regulatory quibbling into a culture war hammer. And conversely, many Democrats eager to jump on the president’s tweets and accuse him of racist dog whistling have yet to confront the reality that policy in their home states is often uncomfortably Trump-like in reality.

An interesting lacuna to America’s mostly market-oriented economy is building houses. Most of the population lives in places where this activity is subject to a comprehensive regime of central planning, which states and which parcels of land can have houses built on them, what the minimum size of a parcel is, how many dwellings can be built on a given parcel (typically just one), how tall the building can be, how much yard space and parking there needs to be, etc.

Some of the regulation of house-building is about safety — electricity needs to be up to code and sewage needs to be able to be disposed in a responsible way. But most of it isn’t. There’s nothing unsafe about a 12-unit, four-floor apartment building — it’s just illegal to build one in most places. Building rows of houses that share exterior walls is a space-efficient and cost-effective means of creating single-family homes, but it’s illegal to build them in most places. Big, shiny condo towers only make sense in places where land is very expensive, but there are some parcels of very expensive land where it’s illegal to build them.

These rules profoundly shape the built environment in almost every American metropolitan area. But they are particularly significant for metro areas where land is in short supply due to a coastal location, proximity to mountains, or both.

The basic problem is that land use regulatory decisions are made at a localized community level, which as William Fischel observes in his book, Zoning Rules! The Economics of Land Use Regulation leads to a kind of systematic undervaluing of the value of building more houses. Any new construction causes localized nuisances (more noise, more traffic, less parking) but the benefits of more abundant housing are fairly diffuse. In their recent book Neighborhood Defenders: Participatory Politics and America’s Housing Crisis, Katherine Levine Einstein, David Glick, and Maxwell Palmer show this is exacerbated by the tendency of community meetings to empower a self-selected group that is whiter and richer than the population as a whole.

The fundamental dynamic exists essentially everywhere, but it’s especially severe in big coastal metro areas that are also very politically liberal. While traditionally, criticism of this dynamic has come largely from right-of-center economists (the kind of people who love to complain about regulation), as Conor Dougherty details in his recent book Golden Gates: Fighting for housing in America, a new generation of progressive activists in West Coast cities have been fighting for change.

A subset of the problems with American land use policy relates to race and segregation. Back in 1917 — long before the main era of civil rights victories in federal courts — the Supreme Court held in Buchanan v. Warley that cities and towns could not establish explicit racial segregation rules on their land use policies. As Christopher Silver explores in his article “The Racial Origins of Zoning in American Cities,” this simply created a situation in which “cities hired prominent planning professionals to fashion legally defensible racial zoning plans.”

In other words, zoning schemes were drawn up with the intention of de facto upholding patterns of racial segregation. As Jessica Trounstine explores in her book, Segregation by Design: Local Politics and Inequality in American Cities, neither the Civil Rights Act nor the subsequent Fair Housing Act really ever accomplished much to alter the pattern of de facto housing segregation — in part because the systems that generated segregated living patterns were formally race-neutral dating all the way back to the 1920s.

The Obama administration tried, in a modest way, to improve the situation.

The Obama administration clearly took the view that regulatory barriers to creating new housing supply were an economic problem. His Council of Economic Advisers put out a report about this, and Chair Jason Furman gave a speech on the topic and repeatedly highlighted it as an issue. In September 2016, the council introduced a “housing development toolkit” — a set of best practices for jurisdictions looking to reduce barriers. They also offered some technical assistance to local communities that wanted to rezone for more housing supply.

This was always controversial in conservative circles, but the controversy essentially took two forms.

One, exemplified in this 2018 article by the Cato Institute’s Vanessa Brown Calder, was essentially technical. She wrote, “If policymakers are interested in determining the cause of racial segregation in cities, they don’t have to collect data and guess at it. A major cause of racial segregation is already known: zoning regulation. Zoning regulation segregates by race because race is frequently correlated with income.” She believed we should reduce zoning barriers, not create a new checkbox compliance process.

The other, exemplified in this 2015 National Review article by Stanley Kurtz, took a culture war approach and darkly warned that “the regulation amounts to back-door annexation, a way of turning America’s suburbs into tributaries of nearby cities.”

As far as critiques go, Calder Brown’s is much closer to the mark. As historian Tom Sugrue argued on July 29, the reality was that AFFH, the Obama fair housing rule, was having a marginal impact at best and scrapping it would not change much in practice.

However, while the Trump administration’s Housing and Urban Development Department has always been critical of AFFH, this summer Trump has gotten personally involved with the issue — he’s switched the administration’s stance from Calder Brown’s technical critique to Kurtz’s demagogic one.

The Trump administration used to agree with Obama

Housing policy has not been much of a topic of public debate in the Trump years. But in its official statements, Trump’s HUD under Ben Carson has essentially agreed with the Obama administration’s diagnosis: Excessive regulatory barriers to housing construction are an economic problem for the country.

In the fall of 2018, Carson vowed to “look at increasing the supply of affordable housing by reducing onerous zoning regulations.”

A year later, Trump’s Council of Economic Advisers diagnosed excessively strict zoning rules as a major contributor to rising homelessness, writing that “President Trump signed an executive order that will seek to remove regulatory barriers in the housing market, which would reduce the price of homes and reduce homelessness.”

Like Obama’s actions on this front, Trump’s actions did not amount to very much. The federal government is a marginal player in land use politics and will continue to be one unless Congress enacts new legislation empowering more serious changes.

Conceptually, Trump and Obama’s economic teams were reading from the same playbook — rules should be changed to allow denser development on expensive land, especially in the highest-priced metro areas. Joe Biden’s housing plan, unlike Trump’s or Obama’s, could actually make this a reality by calling for Congress to create a program that would link HUD and Department of Transportation grant money to zoning changes. Doing so and forcing jurisdictions to allow denser housing types would not, in the real world, “abolish the suburbs.” Most people would keep living in single-family homes under pretty much any regulatory scheme. But conceivably, America’s expensive suburbs could come to be dotted with sporadic clusters of townhouses or mid-rise apartments, increasing affordability and reducing segregation.

Trump is now promising to save the suburban housewives of America from that fate.

But realistically, just as Obama wasn’t abolishing the suburbs, Trump isn’t creating segregation. He’s simply saying that he will let America’s local governments maintain the land use regimes they have — regimes that have created incredibly segregated patterns of dwelling in places like Murphy’s home state of Connecticut. Nothing that Trump says or does is preventing Connecticut’s Democratic state legislature and Democratic governor from tearing down those barriers. But they remain in place — as do comparable barriers throughout the suburban Northeast — because voters and elected officials have chosen to leave them there.

Given the marginal federal role in land use issues, the biggest question going forward may be less whether Trump demagoguery convinces suburbanites to vote for him, than whether it convinces blue state suburbanites that the land use status quo Trump is defending genuinely reflects his values rather than theirs. On a conceptual level, after all, MAGA anti-immigration politics and progressive anti-development activists’ rallying cry of defending neighborhood character really do have a lot in common, and a lot of good could be accomplished if blue states decide that’s a reason to embrace diversity and change practical land use policy in theory and rhetoric.