Join gaming leaders, alongside GamesBeat and Facebook Gaming, for their 2nd Annual GamesBeat & Facebook Gaming Summit | GamesBeat: Into the Metaverse 2 this upcoming January 25-27, 2022. Learn more about the event.

Spyke Games has raised $55 million in a seed round to make casual and social mobile games. It’s the biggest seed round raised by a woman CEO in Turkey and for a game company globally.

Game venture capital firm Griffin Gaming Partners led the round. The Istanbul company is led by CEO Rina Onur Sirinoglu, who was part of Peak Games, which Zynga acquired in June 2020 for $1.8 billion. The company is making its first game, Royal Riches, for Android and iOS.

Spyke Games focuses on the mobile gaming market, which is the fastest growing industry segment, with $136 billion in gross bookings, according to IDG consulting. Mobile gaming is estimated to grow 248% in the next 10 years, according to market researcher Newzoo.

The cofounders are five gaming industry leaders who have built teams and developed many of the world’s top-grossing global mobile titles which collectively amassed 9.5 million daily active users (DAU) and $1 billion in revenue to date.

The 2nd Annual GamesBeat and Facebook Gaming Summit and GamesBeat: Into the Metaverse 2 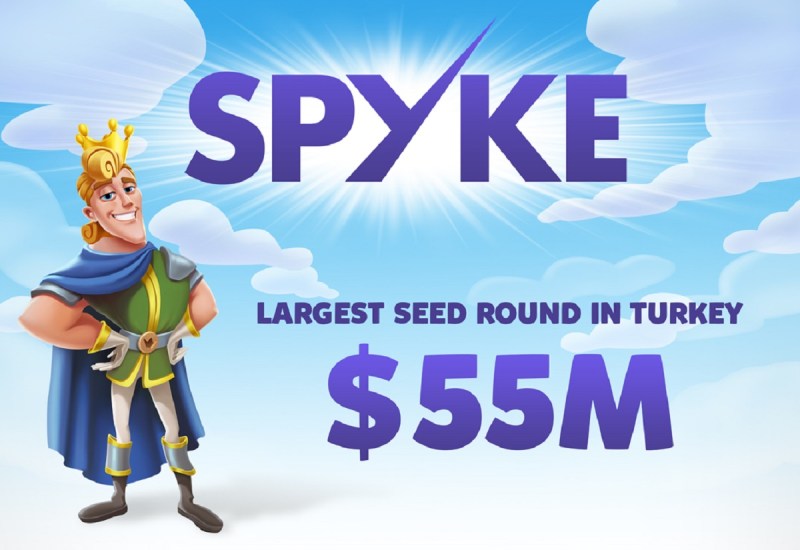 Above: Spyke Games has raised the largest seed round in Turkish gaming.

“It’s a new company, but with an old team getting back together,” said Onur Sirinoglu, in an interview with GamesBeat. “It has a lot of engineers from Peak games and quite a few artists. This team has been working together for the past year on our first title.”

She said the goal is to create “forever franchises,” borrowing Zynga’s word for games that generate more than $100 million a year and last for more than five years.

“We’re considering Spyke as not just a game content developer, but an umbrella-like a social platform where we’re going to have a truly social games,” Onur Sirinoglu said.

Griffin Gaming Partners is one of the world’s largest venture capital firms singularly focused on investing in the global gaming market. Griffin has also invested in Discord, Forte, AppLovin, Overwolf, and WinZO.

The game is in testing now and it could launch in about a month. The early metrics have been shared with Griffin, and that’s why the company chose to lead the entire seed round itself, said Griffin Gaming Partner’s managing director Phil Sanderson, who is also a member of Spyke’s board of directors. 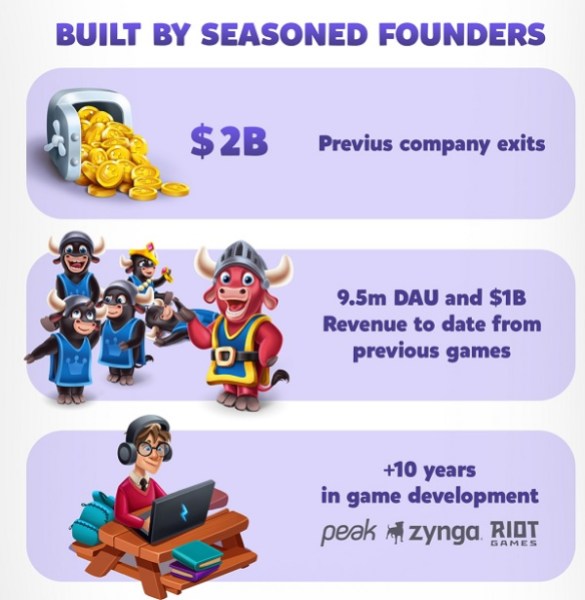 Above: Spyke’s founders have had a lot of success.

“Good companies are still growing everywhere, especially in Turkey,” said Sanderson. “We’ve seen this time and time again, where you’ve got a number of companies that are created and that leads to more and more companies. Turkey is becoming a central location for emerging startups. It’s an incredibly vibrant gaming scene in Turkey.”

Sanderson noted that Onur Sirinoglu has been skillful at hiring highly trained and experience people at her startup, particularly those who came from Peak Games.

“Rina is an incredible force of nature, and so are her cofounders too,” Sanderson said. “That has enabled them to pull in so much talent. “They know how to produce billion-dollar revenue products and games. And we saw the same potential with Spyke. It’s the same team, same methodology, and, and the wisdom and knowledge that they have  on how to build a fun game with a balanced economy, incredible graphics — just all the right elements that make a game successful.”

Onur Sirinoglu said that Royal Riches has been showing strong engagement and retention numbers, even though it’s early in the process.

The team has 30 people, and it plans to grow to as many as 70 people or more by the end of the year. A lot of those hires will be user acquisitions and marketing specialists.

“Every department is going to double in size,” Onur Sirinoglu said.

Spyke will use the funds to focus on the launch and continuous improvement of its initial game, Royal Riches, as well as to hire top talent from Turkey’s thriving technology and gaming ecosystem. According to Startups Watch, in 2021 Turkish startups raised a record $1.4 billion, and gaming startups raised more than $400 million.

“It’s good to be back and come together and doing it all over again with a team to create another gaming giant from Istanbul,” Onur Sirinoglu said. 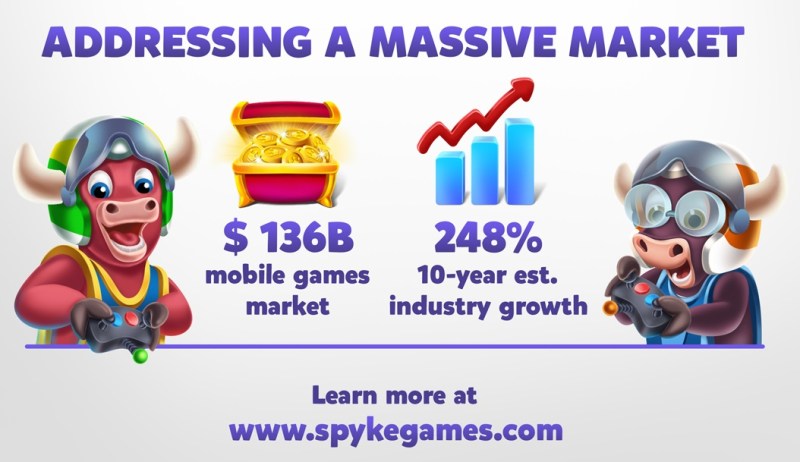 Back in 2010 or so, Onur Sirinoglu said that it was harder to build a gaming ecosystem in Turkey, as there wasn’t a gaming success beyond Peak Games.

“We were trying to educate the market and try to convince people to switch over from different industries into this thing called free to play,” said Onur Sirinoglu. “Nobody understood it. And back then, we would always complain and say there is no talent in Turkey.”

Peak Games still found a lot of talent, and now a lot of venture capital market is coming into Turkey for the creation of new mobile game studios and hypercasual game makers. The population is young and a lot of engineers are coming into the workforce, and that is creating a lot of game developers for expansion.

“Now we have a lot of people who want to come in and we have more role models to show people that gaming is the right industry to be in,” Onur Sirinoglu said.

While the market for game developers is competitive in Turkey, Onur Sirinoglu said the company is trying to set itself apart by developing a strong culture and camaraderie among its employees, who are working in the office.

“We like to work together,” she said. “We like the fact that like artists know what the engineers are doing, and engineers know what most people are doing. And there’s this constant synergy in communication between just friends and colleagues.”

Sanderson said the company is finding more companies with women founders in places like India and Israel and other locations around the world.

“The data has shown that female founders have performed better than the average,” he said. “We’re huge, huge proponents of women starting companies and running them and driving great returns.”

The company is evaluating nonfungible tokens (NFTs) in games but it is still trying to understand the market and get regulatory clarity, Onur Sirinoglu said.

“We’re closely watching it,” she said.