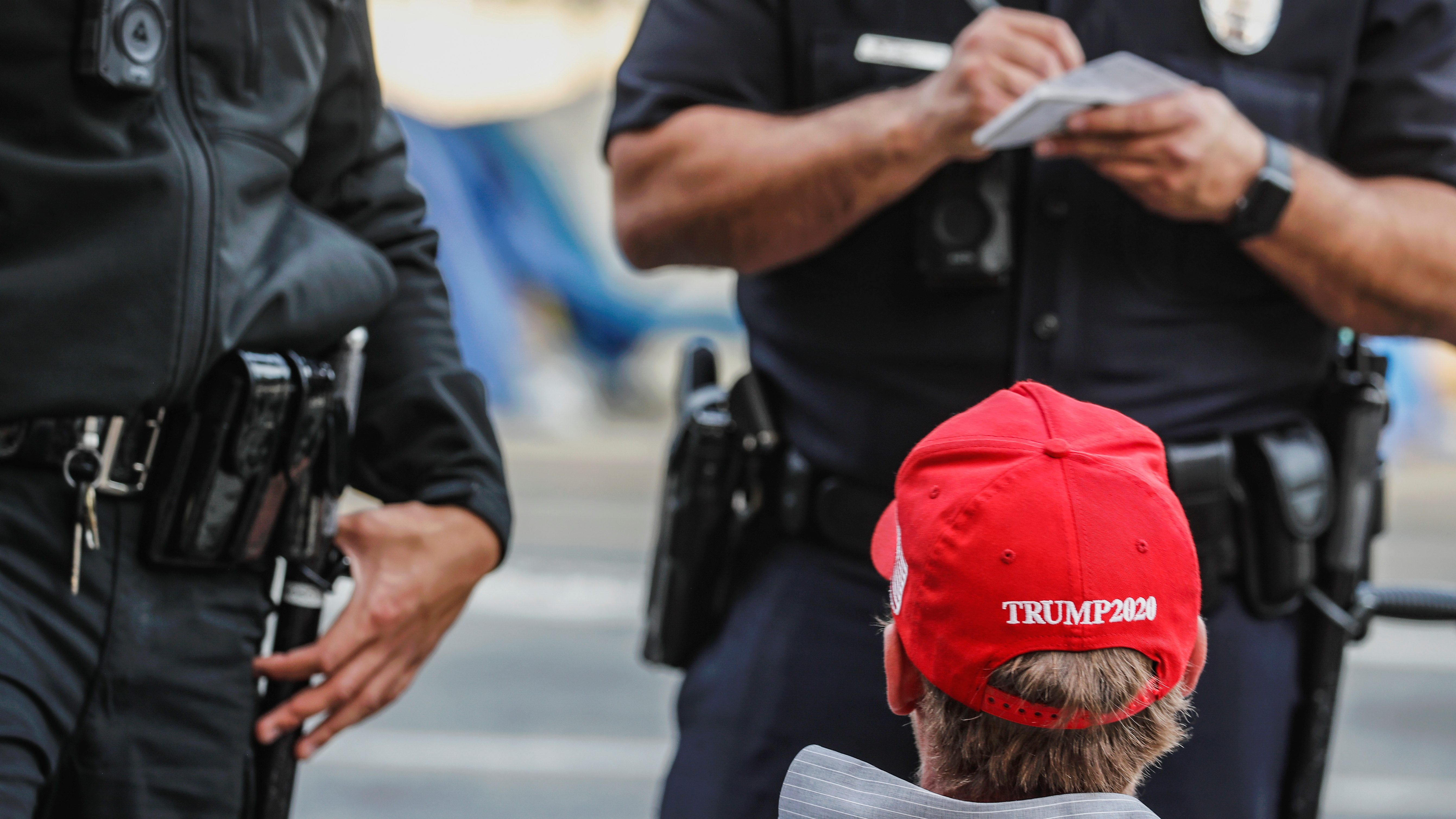 The move came after violent Trump supporters stormed the US Capitol as a joint session of Congress was meeting to certify Democrat Joe Biden’s presidential victory. For weeks, Trump has baselessly cast doubt on the integrity of the election and urged his supporters to come to Washington to protest; yesterday he urged them to march to the Capitol building and “show strength.”

In the aftermath of the mob rampage, an ex-Facebook executive and a former Twitter investor called upon both platforms to ban a US president who has used their sites to make threats and spread disinformation. Hours later both platforms suspended his account, marking an unprecedented rebuke of Trump from the very companies that have served as megaphones for him.

But how long can and will these platforms hold Trump back?

Twitter’s policy states that elected and government officials are exempt from tweet takedowns, given “the significant public interest in knowing and being able to discuss their actions and statements.” In the past, Twitter restricted but did not remove disturbing Trump tweets. In May, Twitter began appending fact-check labels to some Trump tweets.

After the election, the site said Trump could well end up banned from the platform when he becomes a civilian on Jan. 20, 2021 and loses the special protection he has had in the past four years. But in his last days in office, Trump has circulated so many inaccurate and inflammatory posts, it has posed a fresh challenge to the platforms for how to police him.

Yesterday’s rioters were egged on by Trump repeatedly questioning the integrity of the November 2020 election for weeks. He declined to condemn the mob, even after the storming, instead saying he loved them. What Biden labeled an “insurrection” and US lawmakers well as world leaders condemned strongly, Trump minimized in a now-deleted tweet, saying, “These are the things and events that happen when a sacred landslide election victory is so unceremoniously & viciously stripped away.”

Then, in a video message supposedly intended to calm the situation down and calling for “peace,” Trump reiterated the “fraudulent” election “was stolen from us.”

Twitter yesterday required the removal of three of the president’s posts, citing “repeated and severe violations of our civic integrity policy” and said the account would be blocked until he deleted them. Trump has since removed the offending tweets and Twitter says his account will be restored after a 12-hour block, which is policy, according to Bloomberg’s White House reporter Jennifer Jacobs on Jan. 7.

The backlash to the decision was clear to see. One irate user said, “So it was like a timeout for toddler. Farcical.”

But the platform, where Trump has over 88 million followers, has warned it will permanently suspend Trump’s account if he continues to violate its policies. In that case, he’d meet the same fate as former Trump White House official Steve Bannon, who was permanently removed from Twitter after he called for the decapitation of US infectious disease expert Anthony Fauci.

However, on Jan. 6, the Mark Zuckerberg-led company was seemingly quick on its feet. Guy Rosen, who leads Facebook’s safety and integrity efforts, said it too was removing the Trump video with the election fraud claims.

As it weighed further restrictions for Trump, Facebook apparently froze discussion by its employees on internal message boards on the events of the day, and Facebook leadership’s inaction on Trump’s account, BuzzFeed News reported. It was only after hours of internal and external pressure that Facebook and Instagram also banned Trump for 24 hours, asserting two policy violations.

The platform is also seeking out and removing the following content:

But as mainstream platforms have cracked down on the conspiracy-laden content popular among Trump supporters, other smaller rivals like Parler, MeWe, and Gab are welcoming these users. Even if Trump ends up banned for real on Twitter or Facebook, he can continue to find an audience on these platforms that claim to champion free speech, and foment division during Biden’s presidency.