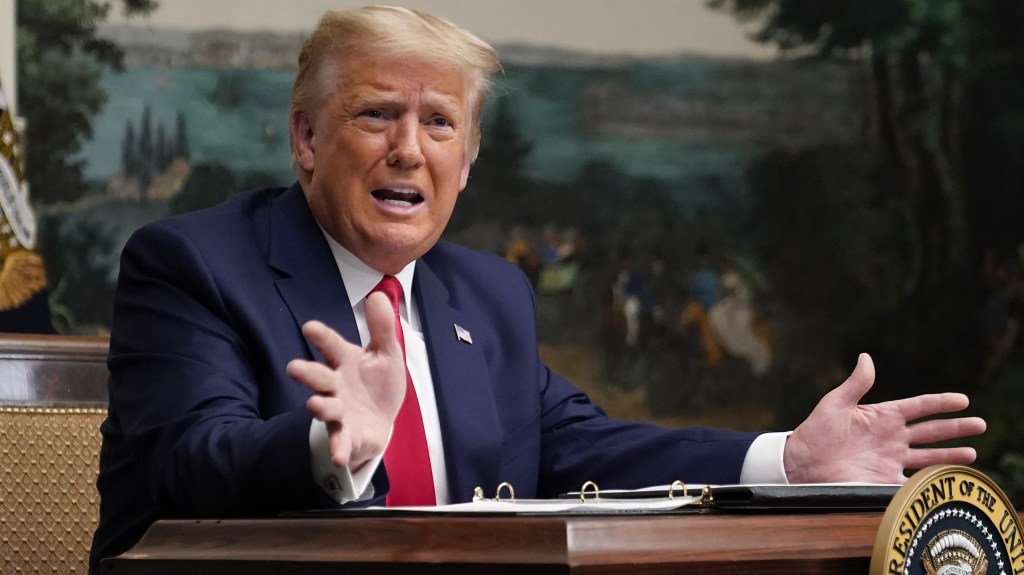 In the 24 days since Election Day, Twitter has added warnings labels to 200 of President Trump’s tweets or posts he has retweeted (and counting) indicating that they contain false, disputed or misleading info.

Overall since polls closed Nov. 3, about 30% of Trump’s posts on Twitter have been flagged by Twitter as containing or potentially including misinformation, according to a Variety analysis. That goes back to Trump’s claim in the wee hours of Nov. 4 asserting without any evidence that Democrats were trying to “STEAL” the election.

On Thanksgiving, Trump falsely tweeted, “Just saw the vote tabulations. There is NO WAY Biden got 80,000,000 votes!!! This was a 100% RIGGED ELECTION.” And today, the president claimed on Twitter that “the 2020 Election was a total scam, we won by a lot (and will hopefully turn over the fraudulent result).”

The warnings Twitter has most commonly applied to Trump’s tweets have been “Multiple sources call this election differently“; “This claim about election fraud is disputed“; and “Learn how voting by mail is safe and secure.”

The question is: Are Twitter’s attempts to fact-check the conspiracy-mongering lame-duck president (who continues to reject the fact that he lost to Joe Biden) doing any good to curb the spread of misinformation?

Twitter claims the answer is yes. The company, which is Trump’s biggest social platform with 88.8 million followers, estimated that it saw a 29% decrease in “quote tweets” of election-related posts that were labeled for disputed and potentially misleading content. (Overall, tweets flagged for misinformation represented about 0.2% of all tweets posted about the U.S. election from Oct. 27-Nov. 11, according to Twitter.) In a further attempt to reduce the spread of disinformation, Twitter this week added a prompt if users try to “like” a tweet that has been flagged for inaccurate or potentially false claims to make them consider whether they actually want to “like” the given post.

It may be true that Twitter’s efforts have reduced the reach of misinfo shared by Trump and others. But a staggering number of Republicans still believe — against all evidence to the contrary — that the 2020 presidential election was not conducted fairly and that Trump was the actual winner. Undoubtedly, Trump’s unfounded campaign to overturn the results and his claims that the election was “rigged” (on Twitter and elsewhere) have much to do with that sentiment.

Bizarrely, a majority of GOPers (52%) believe Trump “rightfully won” his re-election bid, per a Nov. 13-17 Reuters/Ipsos poll. According to a Monmouth University poll conducted Nov. 12-16, 61% of Republicans said they’re are “not at all confident” in the election’s fairness and accuracy.

To be fair, Trump and his followers would be spreading fake claims about the 2020 election results even if Twitter didn’t exist. But as Trump’s preferred platform, Twitter has been a big part of facilitating the outgoing president’s ability to push falsehoods — despite Twitter’s efforts to keep those in check.

Trump’s status as a misinformation super-spreader could change in 2021. For one thing on Inauguration Day, @POTUS and other handles will be moved over to the Biden team. (Facebook and Instagram will similarly hand off official White House accounts to Biden.)

Moreover, once Trump is longer president, Twitter will remove the special exemption for @realDonaldTrump under which it leaves up tweets by political leaders that would otherwise violate Twitter’s usage policies. That means Trump’s account could be temporarily or permanently suspended if he breaks the rules — which, of course, would be the most effective way to prevent Donald Trump from spreading lies on the platform.

What the hell is a Chief Meeting Designer?