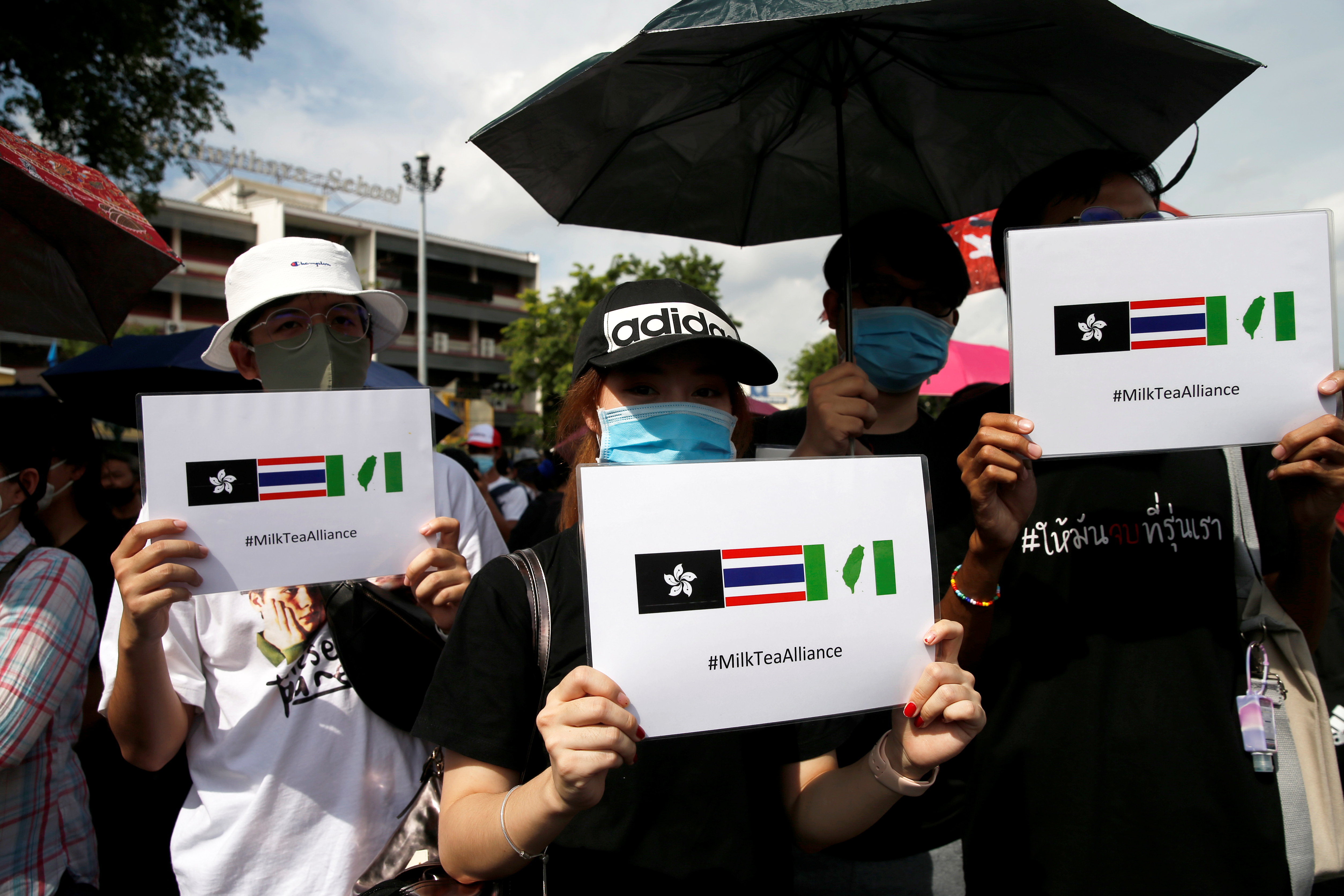 A grassroots pro-democracy solidarity campaign that blew up on social media last year with warring memes and snarky zingers has earned an official endorsement from Twitter in the form of a new emoji: a cup of milk tea set against a tri-color backdrop corresponding to the hues of different brew strengths.

Known as the #MilkTeaAlliance, the motley coalition of internet savvy activists banded together last spring after a Thai actor ruffled nationalistic Chinese sensitivities when he “liked” a tweet that referred to Hong Kong as a country. That unleashed a wave of virtual mudslinging as Thai netizens, with the help of comrades in Taiwan and Hong Kong, fought back against Chinese internet trolls. The goal was to use wry humor and witty memes to drown out Chinese internet users and bots who often flood platforms with pro-Beijing posts. Since then, Myanmar has also joined the alliance as protesters there fight back against a military that seized power in a coup in February.

To commemorate the one-year anniversary of the #MilkTeaAlliance, Twitter unveiled a new emoji “featuring 3 different types of milk tea colors from regions where the Alliance first formed online,” the social media platform’s public policy team announced in a tweet. And in a nod to the transnational nature of the alliance, the emoji appears whenever a user types #MilkTeaAlliance in English, Thai, Burmese, and Chinese (both simplified and traditional characters).

This isn’t the first time Twitter has introduced an official emoji in recognition of a mass social movement. It has emojis for #MeToo and #BlackLivesMatter, for example, as well as #WorldPressFreedomDay, #HumanRightsDay, and the #KeepItOn campaign against internet shutdowns.

It’s also telling that in announcing the #MilkTeaAlliance emoji, Twitter explicitly used the Taiwanese flag and signaled support for Hong Kong’s protest movement—things that Beijing will almost certainly bristle at because it claims Taiwan as its own territory and sees Hong Kong protesters as subversive secessionists.

But since Twitter is blocked in China and has a negligible business presence in the country, the company can afford to pay no heed to Beijing’s political sensitivities. Meanwhile, Chinese officials, diplomats, and state-run publications continue to use Twitter to promote its propaganda and spread disinformation, while their foreign counterparts regularly get censored on Weibo.

While some critics have dismissed #MilkTeaAlliance as mere “hashtag activism,” with little real impact on democracy movements, researchers and activists Adam Dedman and Autumn Lai write in a recent article about the alliance that such online acts of cross-border solidarity have concrete significance.

The #MilkTeaAlliance’s solidarity, they write, “manifests in a common disdain for autocratic repression in general and for the CCP’s [Chinese Communist Party] authoritarian expansionism in particular.”

The Tesla and SpaceX CEO called…

6 ways to protect your pharma company from cyberattacks

For tech firms, the risk of not preparing for leadership changes is huge