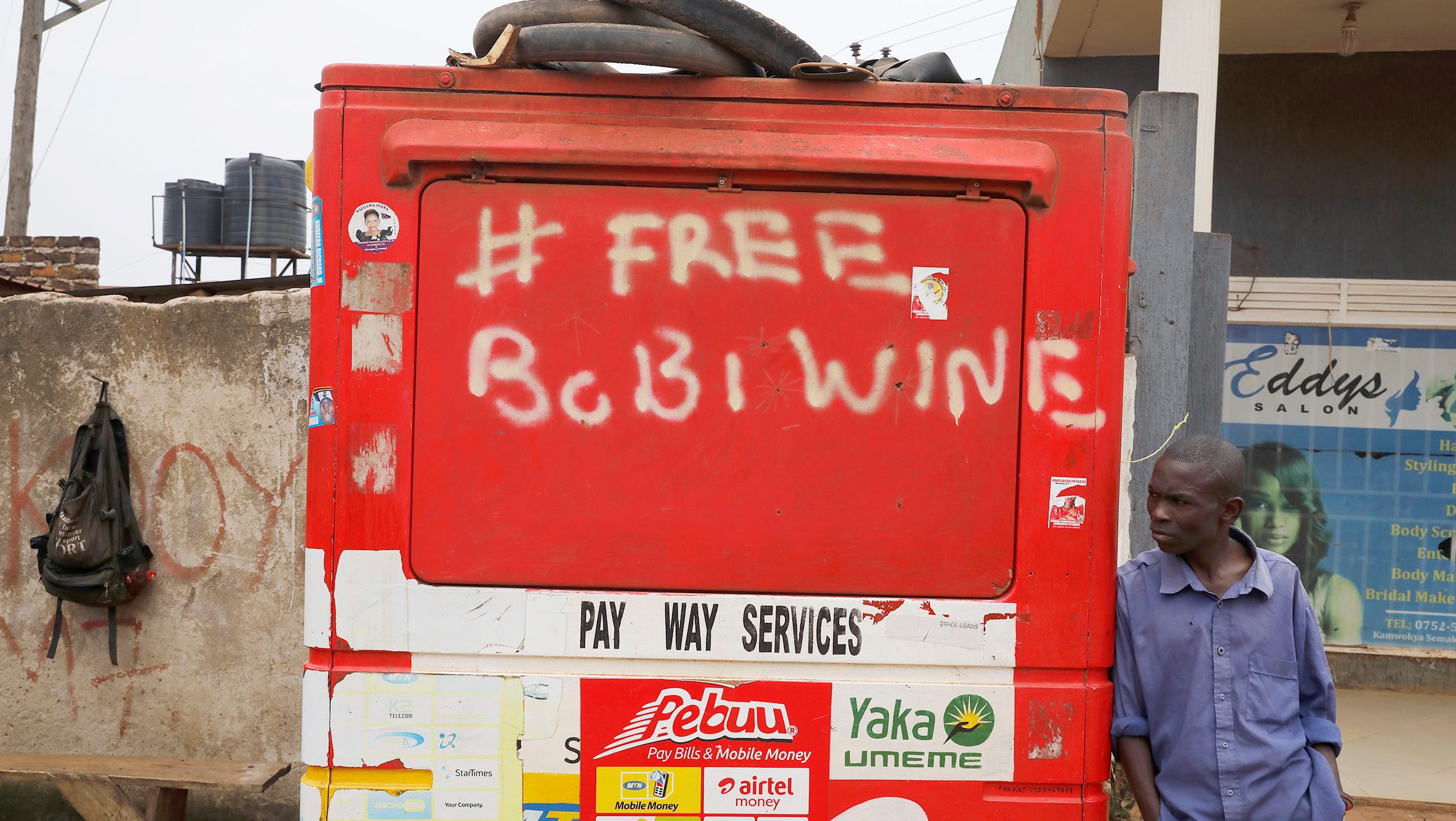 On Jan. 11, Facebook and Twitter announced that they had taken down a network in Uganda, linked to the country’s ministry for information, for posting using fake and duplicate accounts. The platforms said that the fake accounts were participating in  “coordinated inauthentic behavior” to target public discourse before the election.

The Uganda Communications Commission swiftly followed up by shutting down the internet, including all messaging apps and social media platforms, from Jan. 12. This ban provides insight into how authoritarian regimes are likely to wrestle with the power of social media companies: by simply shutting them out.

There is an inherent friction in having an authoritarian government running in parallel with an open, freely accessible internet. The initial wave of internet regulation in Africa mostly targeted users, with hate speech and misinformation laws as well as the imposition of digital taxes. The second wave of internet regulation laws is now targeting platforms by imposing demands.

Given the track record of how many African governments have regulated free speech, citizens should feel uncomfortable. It is clear that communications governing bodies will be content to increasingly exert their influence on citizens through internet shutdowns, as they continue to view social media through the same lens as they regard traditional media, even though the former is much harder to control.

Aside from shutdowns, platforms may be asked to set up local offices within countries to deal with legal demands to remove content, or host all data about citizens within the country of origin. The situation in Uganda paints a very vivid scenario of how authoritarianism will drive the rise of a splinternet on the African continent.

The drama unfolding in Uganda since its Jan. 14 election represents a unique escalation of tensions between an African government and big US tech firms. The debate as to what should and shouldn’t be on social media platforms, and how content should be moderated, is front and center in the dispute.

Since 2016, Facebook has worked with a global network of independent fact checkers to identify and reduce the spread of misinformation on its platform. This effort is is unsurprisingly clashing with authoritarian governments seeking to control the message.

After Yoweri Museveni was declared the winner of the election, Facebook, through its fact-checking arm in Uganda, Pesacheck, mistakenly flagged a post by Kenya’s president Uhuru Kenyatta congratulating Museveni as fake. Despite retracting the action, this was a critical misstep which played into the hands of the Ugandan government’s narrative of social media companies’ supposed arrogance.

Pesacheck’s move was important in terms of increasing the transparency of fact checking to Facebook’s users. Nevertheless, it highlighted a problem: Facebook has been ramping up its moderation and fact-checking efforts. What happens when it inevitably steps on the toes of African governments used to controlling the narrative? It’s a problem that will likely see the rise of a very different internet from the one we’re used to on the continent.

Whether they like it or not, social media companies have amassed a tremendous amount of wealth and power in Africa. They are umpires of truth. When they subcontract tasks like moderation and fact-checking to contractors, that power is in effect shared with them. And wielding the power to decide what is true from what is false, as well as what people can and cannot see, is viewed by many as a political weapon.

African governments’ attempts at regulating social media and the internet are a way of wrestling with this external editorial power; but it’s a power their laws have a hard time addressing, particularly since the companies have barely any physical presence within their jurisdiction.

To this end, one can understand why the fashionable option for authoritarian governments around the world to curtail the power of privately owned platforms is to just shut down access completely. When internet services returned to Uganda on Jan. 18, the ban on social media was still in place, with sites only accessible to Ugandans using unblocked Virtual Private Networks (VPNs). People using VPNs are regularly faced with threats of arrest. Internet shutdowns and social media bans are about wrestling back control.

For many who depend on these services, life got a lot harder. But the move comes at an expense for Uganda’s government, given the economic cost of these types of shutdowns.

It’s unlikely that the tech giants can turn to the US government for help, given how poor its diplomatic relations with Uganda are at present. The Ugandan government has accused the US of meddling in its affairs and subverting the will of the people. It has also equated Facebook’s with US “arrogance,” as president Museveni calls it.

For US platforms, it is not as simple as just walking away. Africa’s population and internet usage growth make it an enormous market. And then there is the question of who will step into the breach. It wouldn’t be surprising if, in the future, we see trade deals involving an exchange of platforms over and above other goods and services.  After all, China has long figured out censorship systems that authoritarian governments have shown a liking for. Moreover, Chinese cyber-diplomacy is already yielding results in Africa. Uganda already runs a robust surveillance system developed by Huawei that has been used to crackdown on dissent after anti-government protests.

We should remember that social media giants are for-profit companies and can’t be relied on to push back on the governments of the day. Many platforms will hire people to say the right things. And fact-checking organizations and moderation contractors aren’t devoid of political interests. Already Facebook has had to deal with political bias on the part of its moderators in the US.

It is possible that a splinternet will be the internet’s inevitable fate, and that we face a future driven by authoritarianism, as opposed to democratic ideals, and exploitation as opposed to protection.

But how the balkanization of the internet will happen in Africa will depend on the type of content big tech allows to proliferate on its platforms just as much as what it keeps off. With more than 17 more elections planned in Africa this year, there are many more fights like the one we’ve seen in Uganda are on their way. How the tech giants act today will have a huge influence on public discourse, the freedoms we hold dear, and the open internet at large. Democracy is at stake.