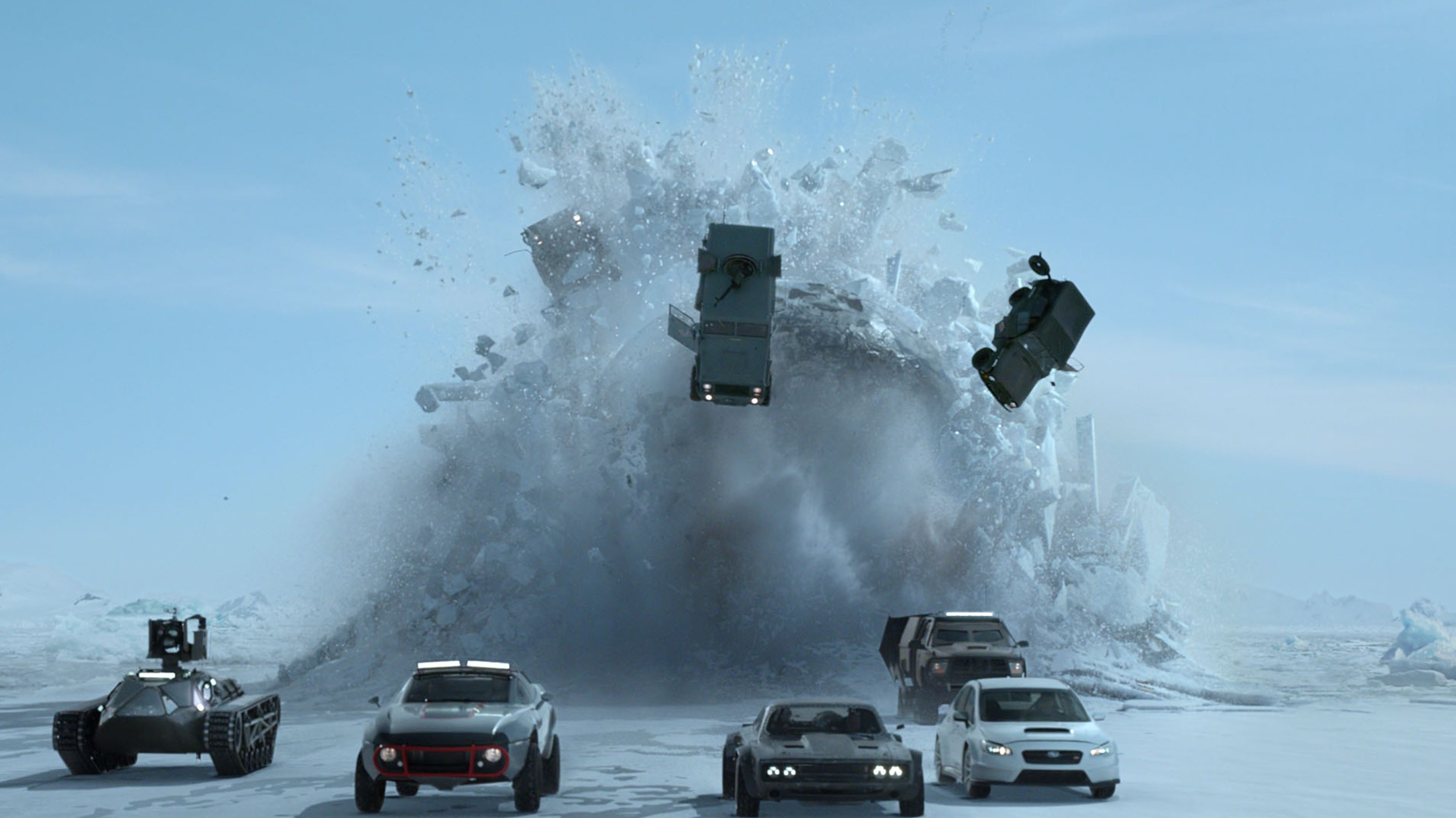 Following months of negotiations, Universal and AMC agreed to shrink the window of time a film plays exclusively in theaters before it moves to digital rental platforms like iTunes and Amazon—from 90 days to just 17. While the deal only applies to Universal films in AMC’s US theaters, it is likely to set a new standard other studios and theater chains will soon adopt. Universal and AMC will now begin similar talks over film releases outside the US, the New York Times reported.

The 90-day theatrical exclusivity window dates back to the 1980s, when VHS tapes became popular around the world. It was designed to ensure films had enough time in theaters to generate revenue before home-video rentals cannibalized the business. But the major Hollywood studios have long wanted to shorten that window, because most films stop making money in theaters after about three weekends. The longer a film remains exclusive to theaters beyond that point, the longer studios have to wait to profit from rentals—and the longer consumers have to wait to watch new movies at home.

Theater chains, of course, want movies to stay in theaters as long as possible. Until yesterday’s historic deal, they never shared in any of the studio’s profits when a film is rented at home. Now, Universal will give AMC an undisclosed cut of its digital rental revenue in exchange for AMC finally giving up room on the three-month exclusive window.

“AMC enthusiastically embraces this new industry model,” AMC CEO Adam Aron said in a statement, adding that the company is, for the first time, “participating in the entirety of the economics of the new structure.”

In April, AMC said it would refuse to show Universal films in its theaters after the studio hinted—following its successful digital release of Trolls World Tour—that it would make more films available for immediate at-home viewing. The two sides were always expected to come to an agreement: AMC needs Universal’s movies to help attract customers, and Universal has a vested interest in the survival of the largest theater chain in the world (AMC has 8,000 screens in the US alone).

But they didn’t just come to an agreement. They built a wholly new distribution model that could power Hollywood for decades to come. The deal gives rival studios leverage to seek shortened windows of their own, likely leading to a world in which the 17-day window becomes the norm, no matter the studio or the theater chain. Here’s what it might mean for the future of movies:

Some blockbusters will still get long theatrical runs

A key element of the pact is Universal will merely have the option to remove its movies from AMC theaters and put them on digital platforms after 17 days. Universal will still want certain films—namely, blockbuster event movies—to stay in theaters as long as they are still drawing crowds. Many of the company’s biggest franchises, like Fast and the Furious and Jurassic World, can generate huge ticket sales around the world far past three weeks.

If a film is crushing it at the box office, Universal won’t want to prematurely end its theatrical run. All of that means the big “tentpole” movies you’re used to seeing at a theater will still be shown there for longer than the 17-day window.

But everything else will leave theaters quickly

Anything that isn’t a big-budget blockbuster will probably get moved out of theaters as soon as it’s allowed. After about three weeks, those films can generate more revenue for studios on digital platforms than they would while languishing in empty theaters. So if there’s a new, non-blockbuster movie coming out you’re interested in seeing, you may only have to wait a few weeks after its theatrical release to rent it at home.

Even medium-sized films that still do reasonably well at the box office might be pulled as soon as possible if the studios decide they’d be a better fit for rental on digital platforms. Studios could use these films’ theatrical runs as glorified advertisements for their subsequent availability on digital services. In that case, however, mid-budget films might just bypass theaters entirely—as studios experimented doing with some of their 2020 films because of worldwide theater closures.

This system could also hurt independent filmmakers who rely on word-of-mouth and public box-office information to build their reputations and progress in their careers, the entertainment website Collider pointed out. Their films were already hard to get into theaters dominated by Hollywood studio content. And now even in the rare instances they do make it into major theater chains, they will likely be forced out at the soonest possible moment.

Ultimately, this new model is a victory for consumers who have clamored for more flexibility in the movie-viewing experience. The rise of streaming, and the improvement of the home viewing experience, has made clear consumers want Hollywood content delivered to them in their homes quickly and at a reasonable price, but film studios have been slow to figure out a way to accomplish that without upsetting their theatrical partners.

Now consumers will be able to see films in theaters (provided they go within three weeks) without having to wait several months after that to see those same films on-demand at home. The model is likely to be especially convenient for families with children. No more shepherding flocks of small children to the theater and paying for each of their tickets. A single on-demand rental gives an entire family access to the movie.

The news is likely to leave independent theaters behind. Because of the pandemic, some have already shuttered permanently, and many more are in danger of doing so soon without new films to screen. While major chains like AMC are responsible for big portions of Hollywood films’ ticket sales, smaller independent theaters generate far less revenue for studios. Companies like Universal thus have no incentive to cut indie theaters in on their digital profits like they’d do for the global chains.

That would be devastating for small, independently-owned theaters. They would neither be permitted to screen films for a long time nor be given a slice of the digital pie. With neither of those revenue streams, it’s difficult to see how many would be able to continue operating.

Every company will want its own “PVOD” service

PVOD, or premium video on-demand, is industry jargon for when you rent a relatively recent movie on digital platforms—usually $20 for a 48 hours. The leaders in this format are services like Apple’s iTunes, Amazon Video, and Google Play, as well as cable providers like Comcast and AT&T which allow subscribers to rent movies through their TV boxes. AMC Theatres also has its own PVOD platform.

If more and more significant movies are going to be available on PVOD much quicker than they used to be, tech companies, social platforms, and even internet delivery services that don’t already have a way to get those movies to customers could enter the business. Theater chains that don’t have a platform like AMC’s will want their own. It will be easier than ever for consumers to rent movies—no matter what devices they own or what services they subscribe to.

For years, theaters refused to show Netflix movies because Netflix, for obvious reasons, wouldn’t agree to the same exclusivity window the traditional Hollywood studios abided by. The streaming service has been willing to negotiate somewhat: The New York Times reported last year the company offered to show Martin Scorsese’s 2019 mob drama, The Irishman, in theaters for 45 days before putting the film online, but theaters still wanted a longer exclusive window. (Netflix wound up putting the film in as many smaller theaters as it could for a limited time, but none of the major US chains agreed to show it.)

Now that the window has been shattered, theaters might be willing to negotiate with Netflix again. And Netflix will listen. Getting its movies into theaters would serve as free ads for the streaming service, while providing the company another revenue stream and an easier way to qualify for Oscars. It would also signal to potential filmmakers that Netflix movies can still receive the elaborate theatrical release that strokes their egos. And because Netflix has so much other content, theatrical releases would be unlikely to severely cannibalize its primary subscription services, which also includes TV series, stand-up comedy, documentaries, and so much more that would remain exclusive to it.

Still, it’d be a much more complicated discussion than the one with regular studios, however. Netflix and the theater chains would have to come up with either a different window, or a different profit-sharing model entirely. It’s easy to cut theaters into some percentage of digital rental sales, but how does Netflix cut them into its streaming revenue? What would be the equivalent concession for Netflix to make if theater chains agree to let the company pull its movies out of theaters after three weeks? Whatever the answer, the question is one both sides are already pondering.

If other chains follow AMC’s lead, the new model could ensure the entire theater industry’s survival. Observers have been writing the movie theater’s obituary for years—and while it’s true that moviegoing demand has waned in recent years (even before the pandemic potentially shifted consumer habits toward streaming even more), the movie theater has endured. Hollywood still makes too much money from the global box office—its most consistent source of revenue for decades—to die out completely.

And no matter how much consumers move to streaming and other digital platforms, moviegoing is still a unique proposition. Home entertainment systems have improved, but one can never truly replicate the experience of sitting in a crowded movie theater with a bag of popcorn on opening night of a big film. As long as there is a market for those moments, Hollywood will figure out a way for them to continue.