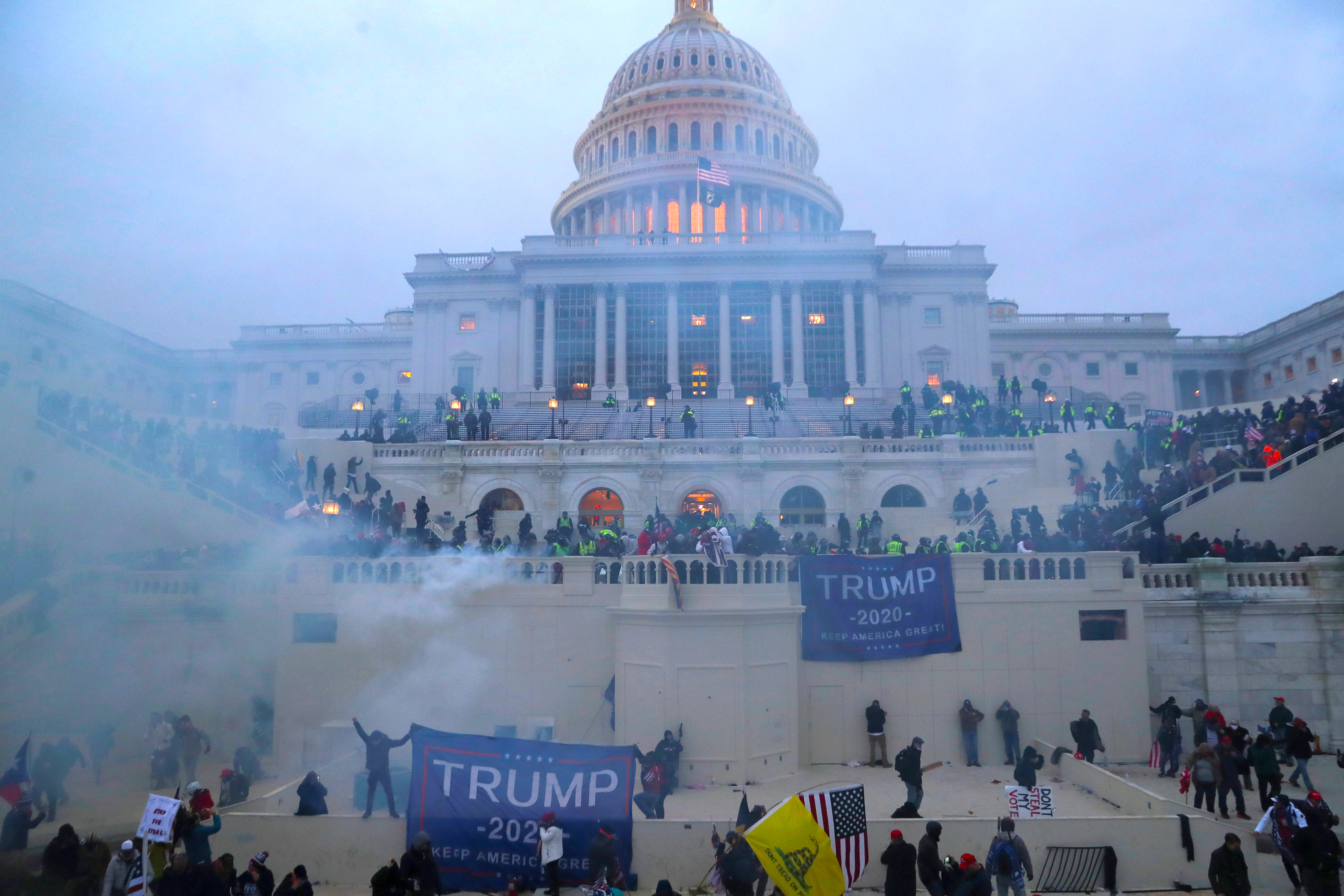 Beijing usually leaps at the opportunity to highlight when liberal democracies stumble, and use those moments to bolster its claims that its authoritarian model is superior. The pro-Trump mob storming of the US Capitol on Jan. 6 provided the perfect opportunity.

Much of the media coverage focused on connecting the reaction to the mob with the US’s support of the Hong Kong protests, and the apparent hypocrisy of the US political establishment and media in supporting protests in another country but not their own (that comparison is disingenuous given Hong Kong’s protests were a fight for free and fair democratic procedures, while the Trump protests were a denial of them.)

The Global Times, a hawkish Chinese state-owned tabloid, was among the first to draw parallels between the insurrection at the Capitol and Hong Kong’s pro-democracy protests. In a tweet today (Jan. 7), the newspaper cited White House speaker Nancy Pelosi’s description of the Hong Kong demonstrations in June 2019 as “a beautiful sight to behold,” and asked whether she felt the same of the pro-Trump mob.

The outlet also offered a side-by-side comparison of scenes from the Hong Kong protests, such as when activists stormed the city’s legislature in July 2019, with the flag-waving, pro-Trump mob inside the Capitol.

The insurrection was featured on the front page of the Global Times’ Chinese website, accompanied with headlines such as (link in Chinese) “An iconic humiliation! The madness of the Capitol [incident] has dragged the US’s standing [as a democracy] into its Waterloo!”

Hua Chunying, a Chinese foreign ministry spokeswoman, said today (link in Chinese) that China hopes the US will return soon to peace and stability. She also commented US media coverage and political responses to the pro-Trump demonstrations versus the Hong Kong protests, equating the two. “What words did they use on Hong Kong, and what words did they use [on storming of the Capitol]?…such a difference and the reasons behind it is worth us reflecting on seriously,” said Hua.

Xiakedao, a social media account run by the overseas edition of the People’s Daily, the Party’s largest mouthpiece, also zeroed in on Pelosi’s “beautiful sight” remark. The term has become a buzzword among Chinese internet users, who used it to mock the US democratic system, which they say only supports social unrest in other places, but not in its own country.

“The US Congress at the moment…what did Pelosi say before?” Xiakedao posted today, alongside nine pictures showing the pro-Trump mob breaching the building, as well as lawmakers hiding under their seats.

China’s Communist Youth League, a Party-affiliated political organization for Chinese youngsters, posted photos of the mob holding up pro-Trump banners in front of the Capitol, and captioned it with “a world-famous painting.”

As of noon on Thursday, the hashtag #Trump supporters stormed into the Capitol Hill had generated nearly 500 million views on Weibo. Many users said the riots marked the beginning of a deeper divide in the US, with some even asking if it might culminate in a second Civil War.

It is a familiar tactic for Beijing to utilize flashpoints in democracies to justify its own approach to governance. The country’s blanket censorship of foreign websites means most of the country relies on domestic, often state-owned, media for information, allowing the authorities to promote a  narrative that a one-party state can provide far more stability than the chaos of a democracy.