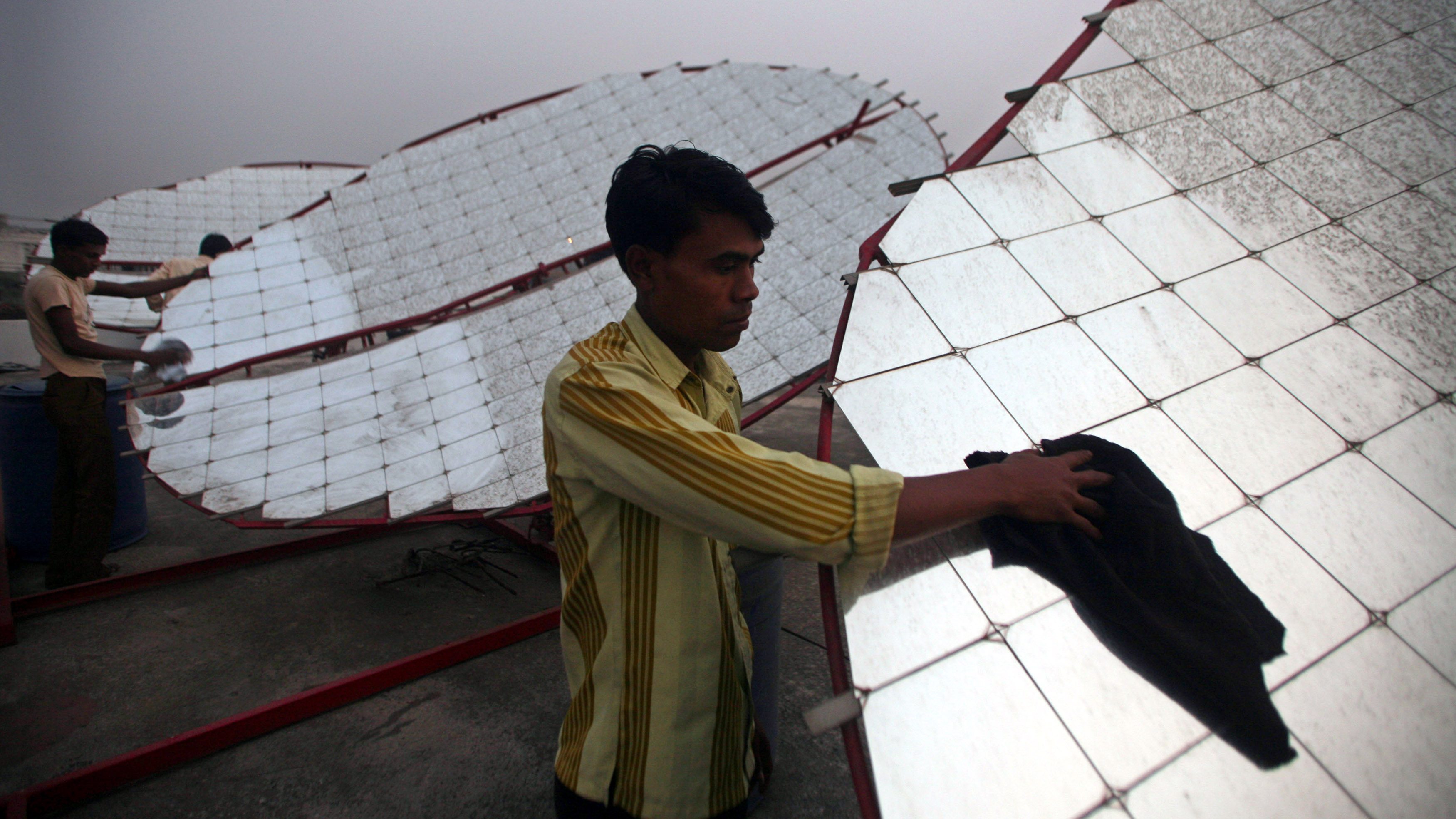 India must overhaul its existing power distribution framework to achieve the climate goals it set for 2030 at COP26 last month.

These targets included lowering emissions by a billion tons, meeting 50% of the country’s energy needs through renewable sources, and reducing the economy’s carbon intensity to sub 45% level.

A key goal is to raise India’s non-fossil fuel-based energy capacity to 500 GW (gigawatts). This means a heavy-duty installation of solar and wind energy.

The Paris-based International Energy Agency (IEA), however, has already flagged hurdles on this front.

One of the concerns is the financial health of distribution companies (DISCOMs) that buy electricity from the producers and sell it in retail. There is a need to reduce delays in signing power purchase agreements (PPAs) following solar photovoltaic ((PV) auctions, the IEA report (pdf) suggested.

What is the problem with DISCOMs?

India accounts for almost 40% of Asia’s renewable capacity expansion and is on its way to becoming the third-largest growth market after China and the US, the report said. In the period 2021-2026, the country is likely to add 121 GW of renewable capacity, an 86% increase from existing capacity, it stated.

However, renewable power projects face risk, according to the IEA report, due to the “poor financial health” of India’s DISCOMs causing delays in the signing of PPAs.

“Following the second wave of restrictions, their (DISCOMs) total overdue payments started to rise again in Q2 2021. As a result, they are postponing the finalisation of wind and solar PV PPAs while seeking to renegotiate downwards the contract prices already awarded in competitive tenders,” the report noted.

India’s Central Electricity Authority, in its August 2020 report on the renewable sector, noted that 39.4 GW of renewable power projects were delayed, many due to belated execution or PPA approval.

“Delays in execution or approval of the PSAs create business uncertainty for the developer, who is suspended in limbo for months. As tariffs fall, the uncertainty becomes exacerbated,” said Deepto Roy, partner at a law firm Shardul Amarchand Mangaldas.

Why are power deals delayed?

In India, all utility-scale power purchase is done through a competitive bidding process, where the tariff is discovered through an auction process. Unfortunately, there is no regulatory supervision.

While low tariffs for solar energy solve the purpose, DISCOMs, the ultimate buyers of power, see no incentive to get into a long-term contract at what they consider to be higher prices. Under the power sale agreements, central government intermediaries like NTPC and Solar Energy Corporation of India charge a trading margin from DISCOMs.

To make things worse, multiple regulators have jurisdiction over approvals depending on the nature of the projects. For instance, the Central Electricity Regulatory Commission usually has the authority over procurement and trading margin while the state electricity regulator oversees capacity.

This results in a cumbersome regulatory mechanism.

The year 2020 was particularly slow for the sector. Reduced mobility and supply chain challenges amid the covid-19 pandemic led to a 44% drop in installations in 2020.

Another reason for their slow expansion or even project cancellation is rising commodity prices, which increase the cost of equipment, specifically those of solar panels. Starting April, the duty on solar power panels imported from countries like China will increase from 14% to 40%, the report stated.

Besides, there are persistent challenges in procuring land and also risks associated with securing grid connections.

What does the government need to do?

IEA has highlighted that without increased government help in land procurement, India’s capacity additions in wind energy will be flat until 2026.

If the limit for net metering—a mechanism to export surplus energy generated by domestic or commercial solar panel users—is increased from 10 kW to 500 kW, along with a new proposal for commercial installations, growth could be stimulated, the report said.

While the government has tried to improve DISCOMs’ finances, IEA believes more needs to be done to identify suitable sites for wind and solar PV and to provide grid connections.

Financing options for small commercial and residential consumers, along with raising public awareness, is another key area of focus.