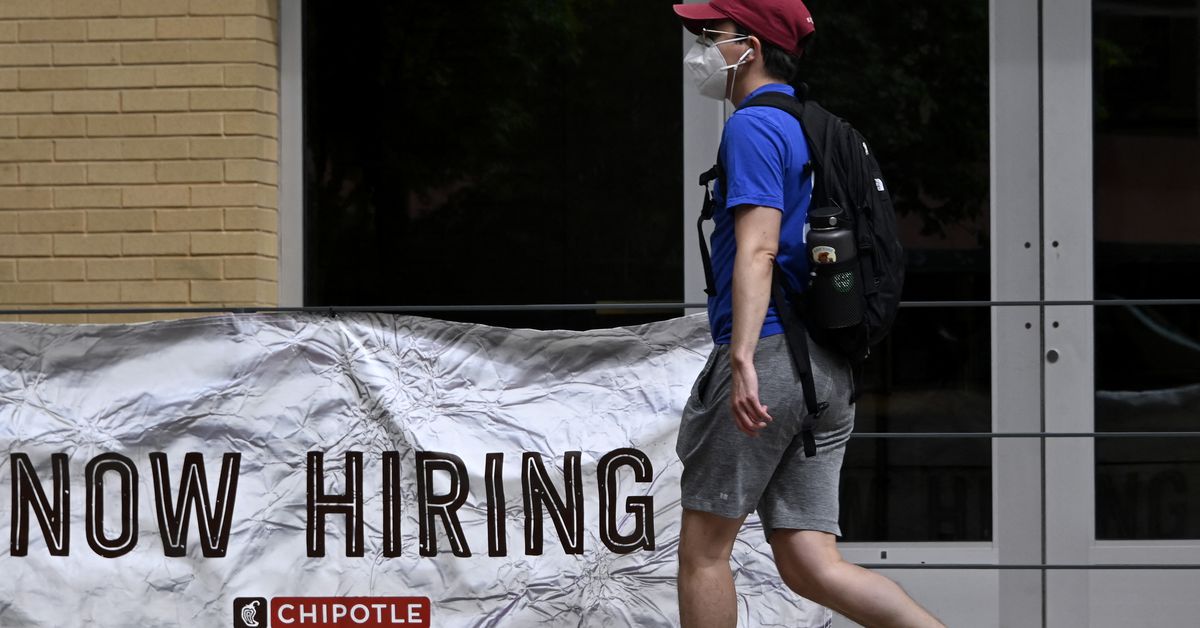 Employers added 372,000 jobs in June, continuing a streak of strong job gains that have bolstered the US economic recovery.

The unemployment rate remained unchanged at 3.6 percent, where it has held steady since March, according to the monthly Labor Department report released on Friday. That rate is only slightly above its pre-pandemic level, which was at a 50-year low.

“Today’s report just reiterates that the labor market is a bright spot in the recovery,” said Daniel Zhao, a senior economist at the career site Glassdoor. “Even though we have heard recession fears and other concerns, the labor market continues to plow forward.”

Even with the robust labor market recovery, fears of a recession have grown as the Federal Reserve aggressively raises interest rates in an attempt to cool consumer demand and bring down high inflation. The worry is that businesses will respond to more expensive borrowing costs by reducing production and laying off workers, which could push the economy into a recession.

Although the June numbers were higher than forecasters expected, there are signs that hiring could be starting to cool. Job gains in June slowed compared to levels seen earlier in the year (the economy gained an average of about 470,000 jobs per month from January to May). Job openings in May dipped slightly for a second straight month to 11.3 million, according to a Labor Department report released on Wednesday, although that number is still well above pre-pandemic levels.

“There might be evidence that the labor market is slowing modestly,” Zhao said. “But it’s still coasting at a good speed.”

Job gains in April and May were revised down slightly, totaling a combined 74,000 fewer jobs than previously reported (the June payroll numbers could also be revised up or down in future months).

Wages continued to climb in June, although growth has slowed in recent months. Average hourly earnings in June rose by 5.1 percent from a year earlier, down from 5.2 percent in the year through May. Average wage growth hasn’t kept up with the fast pace of inflation, but a slowdown in growth could be reassuring for Fed officials, who are closely watching for signs that rapid pay increases are driving up inflation.

The robust job gains could add pressure on the Fed to continue with its aggressive rate hikes. Central bank officials have said they’re poised to raise interest rates by either 0.5 or 0.75 percentage points at the Fed’s next meeting later this month. That would follow its last rate hike in June, when the central bank raised rates by 0.75 percentage points, the biggest increase since 1994.

The jobs report could put some recession fears to rest

Many economists and forecasters took the strong numbers as a clear sign that a recession is still distant.

“Overall, the jobs data support our view that talk of the economy being in recession right now is fanciful, while the wages numbers suggest inflation pressure is easing,” Ian Shepherdson, the chief economist at Pantheon Macroeconomics, wrote in a research note after the report’s release.

And even though job creation has started to dip slightly, a labor market that’s still adding jobs but growing more slowly isn’t a bad sign, given the current economic situation. Because job gains have been strong for months, the country has less of a shortfall to make up than, say, a year ago, when the economy was down 6.8 million jobs compared to pre-pandemic levels.

A deceleration in job gains to a more sustainable pace could also be a positive sign for the Fed as it tries to rebalance supply and demand, some economists say. Right now, there are nearly two job openings for every unemployed person, meaning that many businesses can’t hire all of the workers they want to.

Raphael Bostic, the president of the Federal Reserve Bank of Atlanta, said the job numbers reaffirmed that “there is still a lot of momentum in the labor market.”

“We’re starting to see those first signs of slowdown, which is what we need,” he told CNBC on Friday. “Because what we have right now is a great imbalance between supply and demand that’s driving the inflation that we’re seeing.”

Still, some sectors have been slow to fully rebound from the pandemic, such as leisure and hospitality and child care. In June, the leisure and hospitality sector added 67,000 jobs and helped drive the overall gains, but the industry is still down 1.3 million jobs compared to February 2020 levels. Employment in health care also rose by 57,000 in June, but the sector is down 176,000 jobs, or 1.1 percent, from February 2020.

“There are still a lot of people out of the jobs market, making it difficult for businesses to hire workers,” said Beth Ann Bovino, the chief US economist at S&P Global.