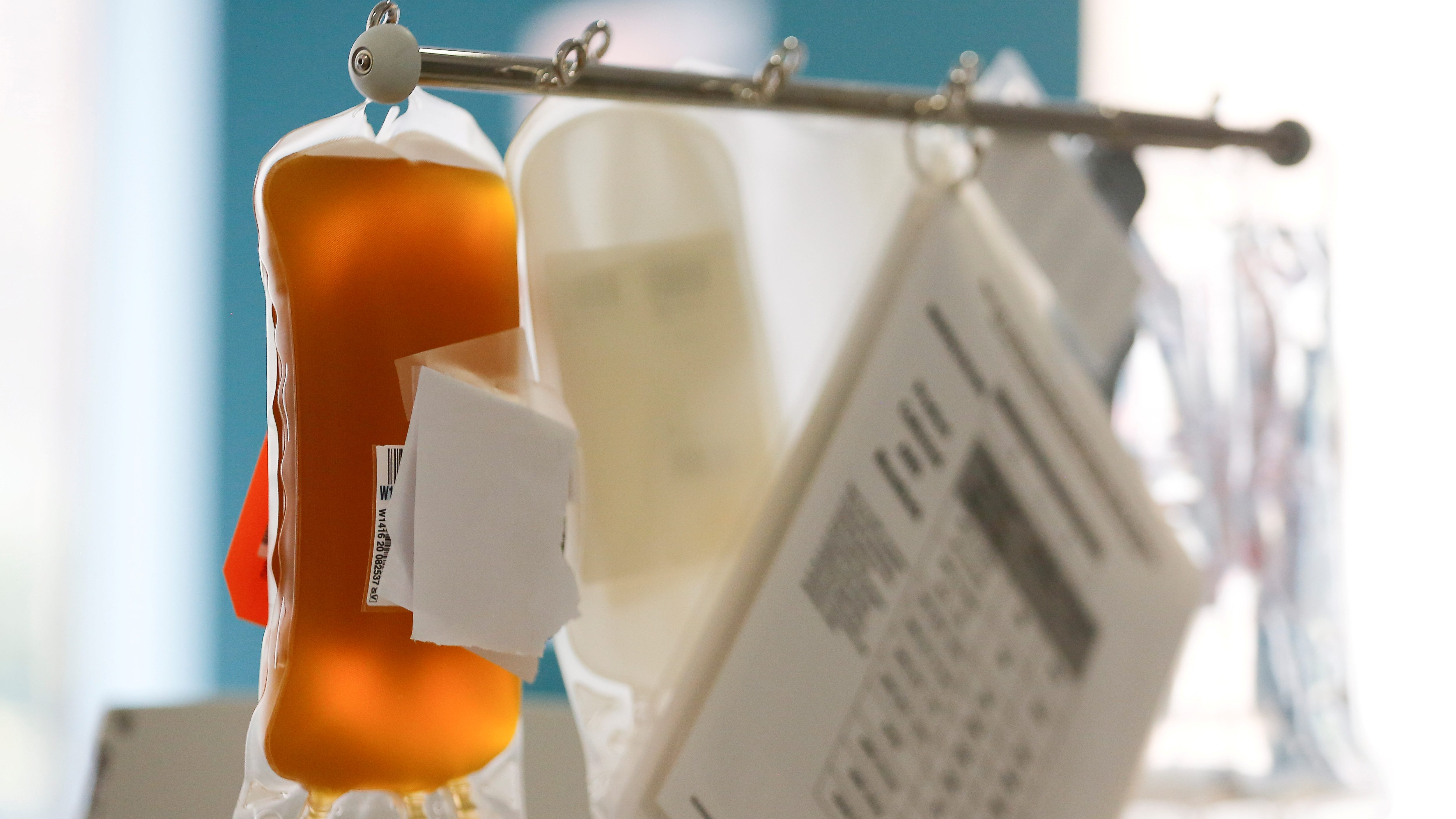 On Aug. 23, the US Food and Drug Administration gave emergency use authorization (EUA) to convalescent plasma as a therapy for hospitalized Covid-19 patients.

EUAs allow the FDA to bypass normal approval procedures when a treatment could benefit many people in an emergency—like a pandemic. Before, convalescent plasma was only available for patients being treated as part of a limited “extended access program” (more on that in a bit), or in compassionate-use cases.

If convalescent plasma works, the EUA could save thousands of lives without regulatory red tape. But without rigorous, controlled testing, doctors are left to make educated guesses about how exactly to use the treatment. Here’s what we know so far about convalescent plasma, and, just as important, what we don’t.

How does convalescent plasma work?

Plasma is the yellowish, liquid part of our blood that makes up the majority of its volume. It works like an internal highway, shipping oxygen-carrying red blood cells, white blood cells, platelets, salts, hormones, and even cellular waste to their final destinations in the body.

It’s also the delivery service for key parts of your immune system. When you get sick, your body’s immune system makes antibodies specific to that pathogen, which circulate in blood plasma and help you fight the infection. If the same infectious agent returns, antibodies prevent you from falling ill again—or at least getting as sick as you were the first time.

Convalescent plasma comes from people who have been sick with Covid-19 and recovered, so it contains their antibodies specific to SARS-CoV-2. Intravenously delivering plasma and its antibodies could help someone who is currently sick with Covid-19, providing what scientists call “passive immunity.”

Beyond those basics, though, plasma’s role in treating Covid-19 is a little murky.

When our bodies are fighting an infection, they don’t make just one kind of antibody. They make several—each of which have different roles in thwarting an infection. Not all of them are useful on their own. “Most antibodies are going to be irrelevant to everything,” says Shmuel Shoham, an infectious disease specialist at Johns Hopkins University. Some drug companies are trying to isolate the antibodies that may be most helpful against Covid-19; AstraZeneca, for example, began testing one potential antibody therapy in an early stage clinical trial on Aug. 25.

Broadly, scientists don’t know which antibodies do what jobs, or how they work together. What doctors do know is that convalescent plasma seems to help treat Covid-19, or, at least, doesn’t make the people who receive it sicker.

How did the FDA decide to give convalescent plasma an EUA?

The idea of convalescent plasma treatment is nothing new. In fact, it’s been around since the 1880s, when doctors used it to treat diphtheria and, later, the Spanish flu of 1918. There’s been some research showing it’s effective for other diseases, including recent pandemics like SARS and MERS.

When the coronavirus began spreading aggressively in the US in early March, physicians desperate to treat their sickest patients took a gamble on convalescent plasma. Doctors could file FDA paperwork to use it in individual cases, which often took hours they didn’t have. “There was no coordinated national distribution,” says Michael Joyner, an anesthesiologist at the Mayo Clinic in Rochester, Minnesota.

Joyner and R. Scott Wright, a cardiologist and the director of the Human Research Protection Program at the Mayo Clinic, spearheaded an effort to get an extended access program, or EAP, off the ground for Covid-19 convalescent plasma. They coordinated a network of some 2,700 hospitals and over 14,000 doctors, all of whom treated some hospitalized patients with plasma and collected data on the results. Nearly 100,000 people have been treated with convalescent plasma to date.

Earlier this month, Joyner, Wright, and their colleagues released an initial write-up of results from 35,000 or so of those patients. (It hasn’t been peer-reviewed or published in a journal yet.) The biggest takeaway: Of patients who got plasma within three days of their Covid-19 diagnosis, 8.7% died within a week, compared to 11.9% of patients who received it after four days or later.

There was no time for patients to be randomly assigned to get different treatments, a hallmark of the most reliable medical studies. Retroactively, the group could go back and measure the concentration of antibodies in plasma doses, or how sick the person who received it had been when they got it—but without that initial randomization and a placebo, researchers still don’t know much about its overall efficacy.

Who can get convalescent plasma? How much do they need?

Now that convalescent plasma has been given an EUA, anyone hospitalized with Covid-19 can receive the treatment. You could also get plasma if you’re enrolled in an ongoing randomized trial, some of which look at how well convalescent plasma works for people who aren’t severely ill. Shoham, at Johns Hopkins, is running two trials: One investigates plasma as a potential prophylactic treatment for people who know they’ve been exposed but aren’t sick, and the other tests plasma on people who have been diagnosed, but aren’t hospitalized.

We still don’t know how much plasma a person needs, who the ideal candidates are, what the ideal timing of doses are, or what concentration of antibodies within the plasma—a measure scientists call the titer—are most beneficial, says Liise-anne Pirofski, an immunologist at the Albert Einstein College of Medicine in New York. Pirofski and her team are working on a randomized clinical trial, which just received $4.3 million in funding from the US National Institutes of Health, on the effects of convalescent plasma in hospitalized patients.

These trials depend on the supply of plasma available. Unlike drugs, which are manufactured by a company, convalescent plasma comes entirely from recovered donors. A person who was sick with Covid-19 can donate plasma to their local blood bank once every 28 days, but it’s not clear how long they continue to produce the necessary antibodies. So far, supplies have kept up as the pandemic rages on—but in order for these trials to continue, recovered patients will need to continue donating at their local blood banks.