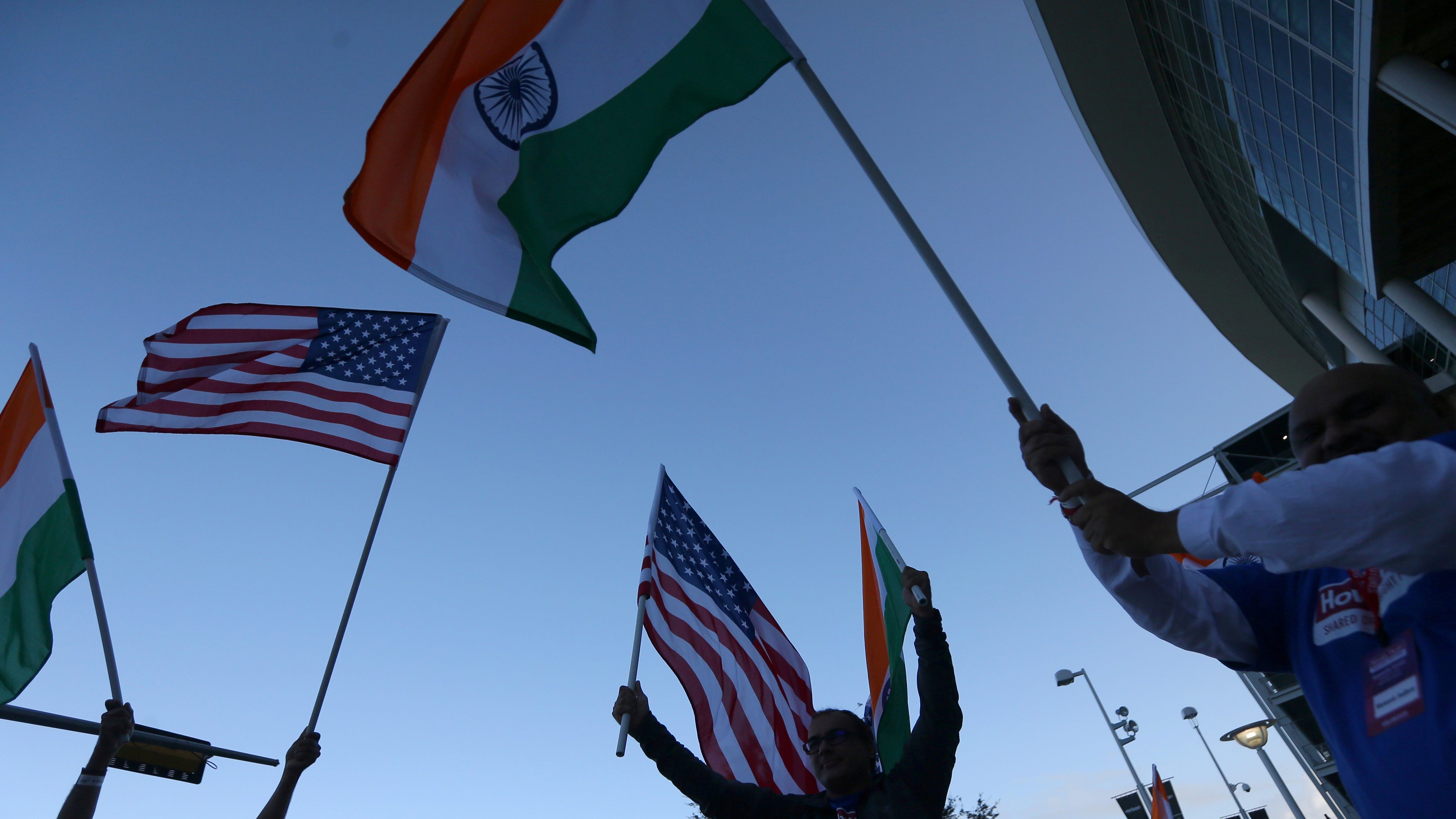 Irrespective of who wins the presidential race on Nov. 3, there’s a good chance India will continue to remain important for the US.

A blossoming friendship between US president Donald Trump and Indian prime minister Narendra Modi could be upturned for new, uncharted waters with Joe Biden as president. Or, India could potentially continue walking the tightrope with the US on issues of trade, terrorism, and immigration.

“Both men support a strong US-India partnership. They both view India as one of America’s best strategic bets in Asia to push back against China’s increasingly aggressive moves in the region,” Michael Kugelman, deputy director and senior associate for South Asia, Wilson Centre, told Quartz.

And if anything, India is perhaps the sole issue that both candidates see eye-to-eye on. “Trump and Biden don’t agree on much at all, so their shared view on India is striking—but then again, policy toward India is one of the few foreign policy issues that enjoys bipartisan backing in Washington,” Kugelman added.

Despite such agreement on India as an ally, how the two leaders see and deal with China could impact India’s bargaining powers in the US.

The Covid-19 pandemic has changed the way the world looks at China. “Trump called out China in no uncertain terms. There is a strong likelihood that the international comity will undergo fresh diplomatic and strategic permutation combinations based on their own national interests,” said Rahul Kashyap, public policy analyst, and chief operating officer at public relations firm PRP group.

For India, specifically, the border tensions with China since June this year have added a new geopolitical dimension. The US has, for long, viewed India as a key ally in pushing back against China, and that is likely to remain unchanged with the presidency.

But that isn’t to say that Trump’s and Biden’s styles of diplomacy will have no impact on the American relationship with China and India. “Biden would try to use diplomacy to build a stronger coalition to push back against China, in contrast to Trump who is happy to go it alone. So this suggests that on the China front, India may gain a bit more from a President Biden than a President Trump, given that it could count on more robust efforts to develop a global consensus against India’s strategic rival,” Kugelman explained.

This consensus is already evident in the Quad, a coalition of the US and its Asian-Pacific allies—India, Australia, and Japan. The coalition has seen a revival in the post-Covid-19 world, despite the perception of Trump’s unilateralism, particularly because of the rising concern in the West with regards to Beijing, Kugelman said.

Before June, though, India has historically thrived in “strategic ambiguity,” according to Reva Goujon, managing director at Martin+Crumpton, a global strategic advisory company based in Washington DC. “…It can choose issue-by-issue when to ramp up barriers and nationalist rhetoric, and when to invest the energy in a more complex hedging strategy,” Goujon added.

But in the face of escalating tensions on the border, and India’s economic retaliation by banning Chinese apps, this ambiguity may be hard to maintain. “The Ladakh skirmishes this summer appears to have been an inflection point for New Delhi in realising where bolder lines need to be drawn in its relationship with China,” Goujon elaborated.

Besides China, a thorn in the two countries’ friendship is the US’s relationship with Pakistan.

The Pakistan conundrum for the US

Historically, the US has followed the principle of de-hyphenating India and Pakistan in matters of foreign affairs. While the US considers Pakistan a friend, China and Pakistan share a strong infrastructure, trade, and security partnership.

“Trump momentarily risked reversing the post-Cold War US stance by offering to mediate on the Kashmir matter,” said research fellow at Observer Research Foundation, a New Delhi-based think tank. But once India rebuffed that offer, Trump receded. This stance will likely stay in place. “One can expect Biden to adhere to the foreign policy precedent of de-hyphenating India and Pakistan,” Parpiani said.

The US demilitarisation in Afghanistan will also be key in deciding how the US sees Pakistan. “With US forces poised to leave Afghanistan and the US footprint soon to become much lighter there, neither president will have a strong rationale to strengthen relations with Pakistan,” Kugelman said. This, in no way, means that the US would break ties with Islamabad, especially owing to its role in the Afghan peace process. “But with the US no longer as engaged in Afghanistan, the US-Pakistan relationship will need a new anchor, and it could face a bit of drift. Neither Trump nor Biden will consider it as a major foreign policy priority,” he added.

This could be a bright spot for Indo-American ties, where India has, in the past, taken umbrage against the US not openly sanctioning Pakistan for its alleged terror camps and activities. But, experts believe that a Biden presidency may be more vocal on the Kashmir issue, which may not be acceptable to India. “But I wouldn’t overstate this possibility. Given the importance that the US accords to partnership with India, we’d likely see a Biden administration want to be careful not to antagonise New Delhi,” Kugelman said.

This is particularly significant, given that the US would want to maintain friendly trade relations with India, given its trade standoff with China.

It isn’t as though India’s trade relationship with the US has been smooth. Trump has complained about India imposing tariffs on American goods, and has retaliated with similar duties for Indian imported products and services.

While this tussle is not new, how it plays out on the geopolitical stage differs because of who’s at the helm. “American apprehensions over India’s tariff and non-tariff market-access barriers have been prevalent. [The] only difference being, the Trump administration has not shied from having divergences over trade play out in the open,” ORF’s Parpiani said. “Hence, a Biden administration, too, would continue negotiations over trade issues, but probably underplay its relevance in view of developments in the strategic domain.”

In February, when Trump was on his maiden official visit to India, he quipped that he wanted to negotiate tariffs with New Delhi, but that Modi was a “tough negotiator.” Both economies have taken a protectionist stance, the latest one being Modi’s call to businesses to be “aatma nirbhar” (self-reliant).

This protectionist approach will likely remain a sticking point between New Delhi and Washington. “Self-reliance is a popular theme in this geopolitical climate, and as we saw with India’s reluctance to join RCEP, New Delhi’s protectionist instincts remain strong and could grow stronger if the WTO remains handicapped to arbitrate trade disputes and countries find cover in playing the national security card in erecting trade barriers,” Martin+Crumpton’s Goujon explained.

Under a Biden presidency, though, India would likely benefit on the trade front, according to Sadanand Dhume, resident fellow at the American Enterprise Institute. “It’s hard to predict with certainty, but a Biden administration would likely follow a more traditional approach to bilateral trade with India by focusing more on growing the total volume of trade than on the narrow question of deficits,” he said. “A second Trump administration would continue the current focus on reducing the trade deficit. Historically, the Republican Party, with its belief in free trade, has been more favourable to India in this regard, but this has changed since the advent of Trump,” Dhume added.

The general consensus is that bi-partisan agreements are likely to perform better under a Biden administration, which could, in turn, solidify India’s position geopolitically.

The climate change agreement and how it impacts India

“When it comes to global agreements on trade and climate change, Biden will champion them as much as Trump deplored them. And this means that these two issues—sensitive and complex as they tend to be—would have a greater chance to become expanded areas of cooperation under Biden than under Trump,” according to Kugelman.

Goujon expects Biden to stick to a multilateral path and re-join the Paris Climate Agreement, which Trump bowed out of in 2017. Trump found the climate change accord, signed by countries in 2015 pledging to reduce emissions, unfair to the US. If the US were to rejoin the accord, “that will also come with multilateral pressure on India to do more to reduce carbon emissions and potential trade incentives to cooperate on green tech development, but frictions will remain over New Delhi’s argument that developed nations bully countries like India on climate policy,” Goujon said.

But a return to the Paris agreement, and renegotiating the Iran Nuclear Deal—which also the US withdrew from in 2018—would both require greater cooperation with China. “As a result, one could expect Biden to dial down recent US pressures on China to exact Beijing’s compliance or compromise on those pressing global governance issues. In exchange, what concessions China may exact from the Biden administration remains to be seen, particularly in context of the US’ role in the Indo-Pacific,” Parpiani said.

In any case, experts suggest that agreements across the board are likely to be more structured under a Biden presidency.