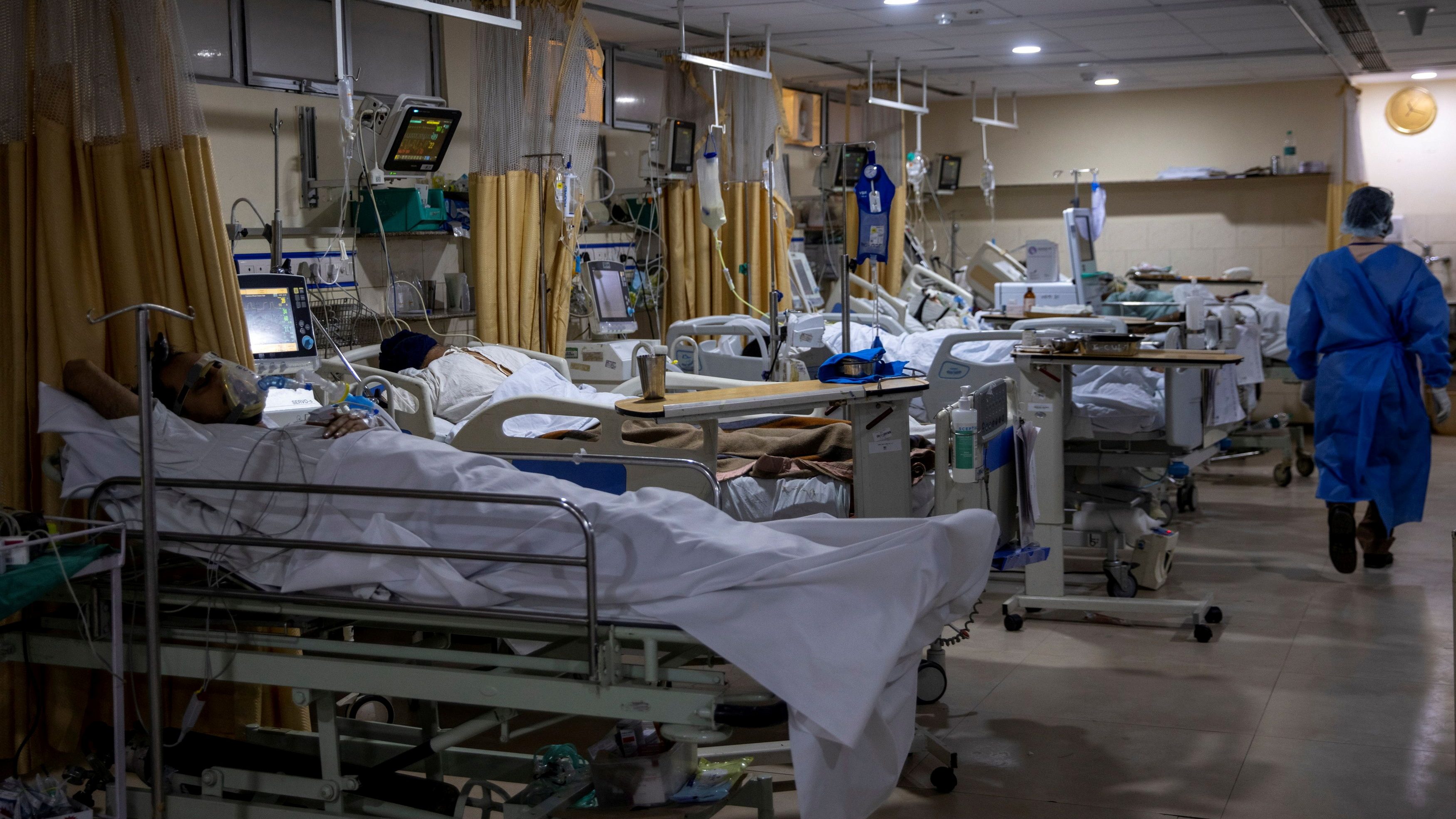 India’s brutal second wave of Covid-19 has barely receded and there’s already talk about the next wave.

As pockets of the country begin to lift restrictions, a mathematical model by the Indian Institute of Technology, Kanpur, published this week, has predicted three scenarios for a possible third wave in the country. The model assumes most Covid-19 restrictions will be lifted by July 15. In the worst-case scenario, India could see as many as 500,000 cases a day, with a peak by September (the second wave peaked at around 400,000 cases in May). In the best-case scenario, daily cases could be at 200,000 a day.

Both scenarios envision that a third wave would be significantly larger than India’s first wave, where cases reached a peak of 98,000 a day in September 2020. The researchers wrote that effective vaccination programmes could bring down this peak, but do not clarify to what extent.

Some health experts like Dr Randeep Guleria, director of All India Institute of Medical Sciences, India’s premier public hospital, fear that a third wave could begin as early as in the next six or eight weeks. Health officials in the western state of Maharashtra, one of the worst-hit states during the second wave, have said that if all restrictions are lifted, as they have begun to in pockets of the state, it could see another wave within the next fortnight.

India has only fully vaccinated about 4% of its population., raising fears that a third wave of Covid-19 cases in the country could result in a disastrous number of hospitalizations and deaths, even as it recovers from the devastation of previous infections.

But as is the case with pandemic-related scientific modelling, these projections are highly dependent on what happens now, as India’s second wave recedes and vaccinations pick up.

Will India’s third wave be worse than its second?

Scientists believe that policy measures and vaccinations may help India avoid anything worse than what it saw in the months of April and May.

Some question whether a third wave might happen at all, given the number of cases India has experienced over the last year (a “wave” is generally defined as a consistently rising number of new infections). “There is no reason to think there is an imminent third wave and certainly no reason to think that the cases might rise even higher,” says Gautam Menon, professor at the departments of physics and biology at Ashoka University. “Many people have been infected over the first wave and the ongoing second wave, so will have some protective immunity.”

India has been able to fully vaccinate about 20% of the vulnerable people over 45 years old. Two doses of the AstraZeneca vaccine (known as Covishield locally) have also been found to be protective against hospitalisations and severe disease even against the dreaded Delta variant, suspected to be the cause behind India’s second wave surge.

If a third wave is indeed to come, vaccinations will be a strong weapon in India’s armory. But the immunization programme has been slow to take off, riddled with extreme shortages of doses, and an uneven and ill-conceived procurement strategy.

India did try to overcome some of this lag by speeding up the programme—administering nearly 9 million doses on June 21, according to government data—but it will need to sustain this to outpace the virus and its variants.

Even if it can speed things up, “there will be pockets of unvaccinated people in our country for a long time,” says Dr Swapneil Parikh, physician and author of The Coronavirus Book. “We need to do everything else to prevent [a third wave], reduce transmission as much as is possible, while also scaling out our health capacity,” he says. “In the absence of very high vaccine coverage, any health capacity we scale will eventually be breached by exponential growth.”

Parikh says that unlike the second wave, India must proactively identify and stem the exponential growth of cases in the third wave. “Once hospitals start getting overwhelmed it’s already too late. We need to work very hard to prevent ourselves from getting there ever again,” he says.