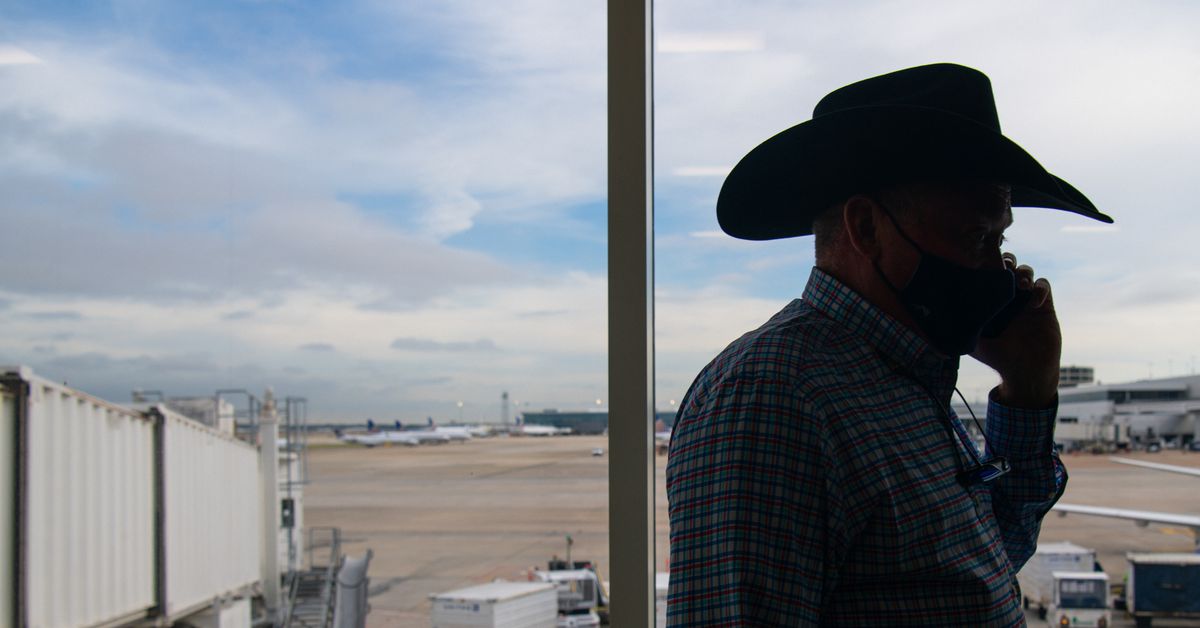 Your 5G phone might finally work like the amazingly fast 5G phones you heard about in TV commercials. On January 19, Verizon and AT&T switched on new cellular frequencies that will boost connections for tens of millions of phones throughout the US. Now that these airwaves are activated, you should be able to download an entire movie to your phone in just a few minutes.

This is thanks to the addition of C-band frequency, which could not only improve speeds but also expand 5G coverage. AT&T has turned on these frequencies ineight metro areas throughout the US, while Verizon’s new 5G service will become available in more than 1,700 US cities over the course of this month. This is welcome news for anyone who owns or plans to buy one of these devices, which will be more than 10 times faster than their 4G predecessors If you’re interested in these faster speeds, you should check whether your current phone plan includes C-band coverage.

But the complete rollout of this update also hinges on a familiar yet unexpected critic of cellular technology: the Federal Aviation Administration.

Get the best of Recode’s essential reporting on tech and business news.

What’s 5G got to do with airplanes? Not much, argue the wireless carriers hoping to deploy the technology. But the FAA says it’s worried that C-band could interfere with some radio altimeters, aircraft safety tools that rely on nearby airwaves. The agency is so concerned that it’s been fighting to delay 5G deployment and has issued guidance that could cause flight cancellations from airports operating near certain 5G antennas, meaning that anyone who flies or has one of these devices could be affected.

Just hours before the launch of the new 5G signals, Verizon and AT&T also agreed to delay the rollout of C-band within two miles of certain airport runways, though the expansion of 5G service will go forward everywhere else. The latest compromise came just a day after the CEOs of 10 of the largest US airlines wrote to Pete Buttigieg warning that the “nation’s commerce will grind to a halt” due to the FAA’s new rules.

“This agreement will avoid potentially devastating disruptions to passenger travel, cargo operations, and our economic recovery, while allowing more than 90 percent of wireless tower deployment to occur as scheduled,” said President Joe Biden in a statement on Tuesday. “This agreement protects flight safety and allows aviation operations to continue without significant disruption and will bring more high-speed internet options to millions of Americans.”

To keep disruptions to a minimum, the FAA is analyzing how individual altimeter models work when C-band is turned on. The agency said on January 16 that it had approved two altimeters used in many Airbus and Boeing airplanes, which cleared about 45 percent of the US commercial airline fleet to fly when these new 5G frequencies are turned on.

The FAA has also imposed nearly 1,500 new restrictions on other aircraft operating in 5G conditions, like extending how much runway certain planes need to land and limiting what kind of hardware pilots can rely on. These regulations won’t just impact commercial planes, but also smaller jets and helicopters, and has already wreaked havoc on flight schedules. A growing number of airlines have canceled or changed flights scheduled after the 5G launch, and Boeing has advised airlines not to fly its 777 model, which is one of the most common jets used for long-haul international flights.

It’s unclear whether 5G is an issue for these altimeters. After all, 5G itself isn’t exactly new. 5G smartphones have been on the market since 2019, and last year, nearly 90 million of these devices were shipped in the United States alone. Wireless carriers have promised that the technology won’t just offer higher speeds but also lower latency, which will make activities like streaming media and video calls achievable without lag.

But to make 5G a reality, wireless companies spent over $81 billion to buy the rights to use certain parts of the radio spectrum — specifically, the C-band frequencies between 3.7 and 3.98 GHz. Wireless providers use a range of frequencies to send data between cellphones and transmission stations, like phone towers, that connect those devices to the internet. Each band of frequencies comes with its own advantages and disadvantages.

C-band is considered a sweet spot on the spectrum and is a critical part of wireless companies’ 5G ambitions. 5G phones can already connect to what’s called millimeter wave spectrum, which operates at a very high frequency. The millimeter wave frequency band supports very high speeds and can carry a lot of data but doesn’t stretch very far. 5G phones can also connect to low-band spectrum, which operates at a much lower frequency. Low-band frequencies can cover large areas but can only support a small amount of data, which makes it slower. C-band is essentially a middle ground between low-band and millimeter wave, so it covers a good amount of area with pretty high speeds. Once they’re turned on, these frequencies should be enough to finally start to see a real difference between 5G and 4G in your day-to-day life.

Flight regulators are very nervous about this C-band update because of how it might affect certain aircraft’s radio altimeters. This device transmits radio waves from an airplane toward the ground in order to help measure a plane’s altitude. Altimeters are especially useful on a cloudy day or in a mountainous area, when pilots can’t see where they’re landing.

The problem is altimeters rely on parts of the spectrum that neighbor the airwaves used by the C-band. In a nightmare scenario, the FAA thinks that signals sent over C-band could interfere with these altimeters — specifically older altimeters — creating a potential safety issue. Meanwhile, the Federal Communications Commission already determined that 5G would not pose a problem for modern altimeters, and similar 5G technology has already been deployed in Europe with no issue.

To give the airlines more time to address this concern, Verizon and AT&T delayed their C-band rollout twice. The update was originally scheduled for December 5, but the carriers agreed to push that deadline back by a month and then again by two weeks, to January 19, after Transportation Secretary Pete Buttigieg stepped in. But the FAA also announced in December that flights that might rely on a radio altimeter could need to be rescheduled if there was a risk of 5G interference. That warning, in effect, pitted Verizon and AT&T against the entire airline industry. With flight cancellations at stake, airlines, as well as the pilots’ and flight attendants’ unions, have rallied against 5G, arguing that their industry can’t handle any more disruption right now.

“Aviation operations are already stretched to a breaking point by the ongoing pandemic,” Sara Nelson, the president of the flight attendants’ union, said in a recent statement. “Adding strain and creating potentially dangerous conditions will only make a bad situation worse.”

There is a peace plan, though it’s precarious. Wireless carriers and airlines agreed at the end of last year to test how well some radio altimeters perform in real-world conditions, and the FAA is continuing to lift restrictions on aircraft, one by one, as airlines prove their altimeters can work when C-band is turned on. The agency has also granted an exemption to some helicopter ambulances that use radio altimeters. And wireless providers have also promised not to transmit C-band at 50 airports selected by the FAA for at least six months, so you can’t blame 5G for any delays or cancellations at any of those airports yet. If you have a 5G phone and live within a mile of one of these airports, though, you might be a bit more frustrated.

But the standoff raises questions about why US regulators weren’t better prepared for this moment. After all, 5G is not the first new generation of wireless technology the FAA has encountered. It’s also possible that history is repeating itself, and the FAA is letting wireless carriers and airlines do the work of proving to the agency that C-band is safe, instead of taking a proactive stance on its own. The FAA only rescinded its unilateral ban on using phones and laptops on planes in 2013, a move that came after a yearslong campaign from the consumer technology industry and frustrated passengers who argued these devices were unlikely to cause interference problems.

Wireless carriers certainly hope they’ve done enough explaining and have finally started the process of turning on C-band, which should bring better 5G coverage to their customers. But we shouldn’t hold our breath. History shows that the FAA is no fan of cellphone technology, and there’s no reason to think the agency won’t stall and disrupt things again.

Update, January 19, 11:30 am: This story was updated to note that AT&T and Verizon activated 5G in some cities in the US on Wednesday.

Update, January 18, 5:30 pm: This story was updated to note a new agreement between the wireless carriers and the Biden administration.

Update, January 18, 11:37 am: This story was updated to include new announcements from the Federal Aviation Administration about flight operations and 5G.

This story was first published in the Recode newsletter. Sign up here so you don’t miss the next one!