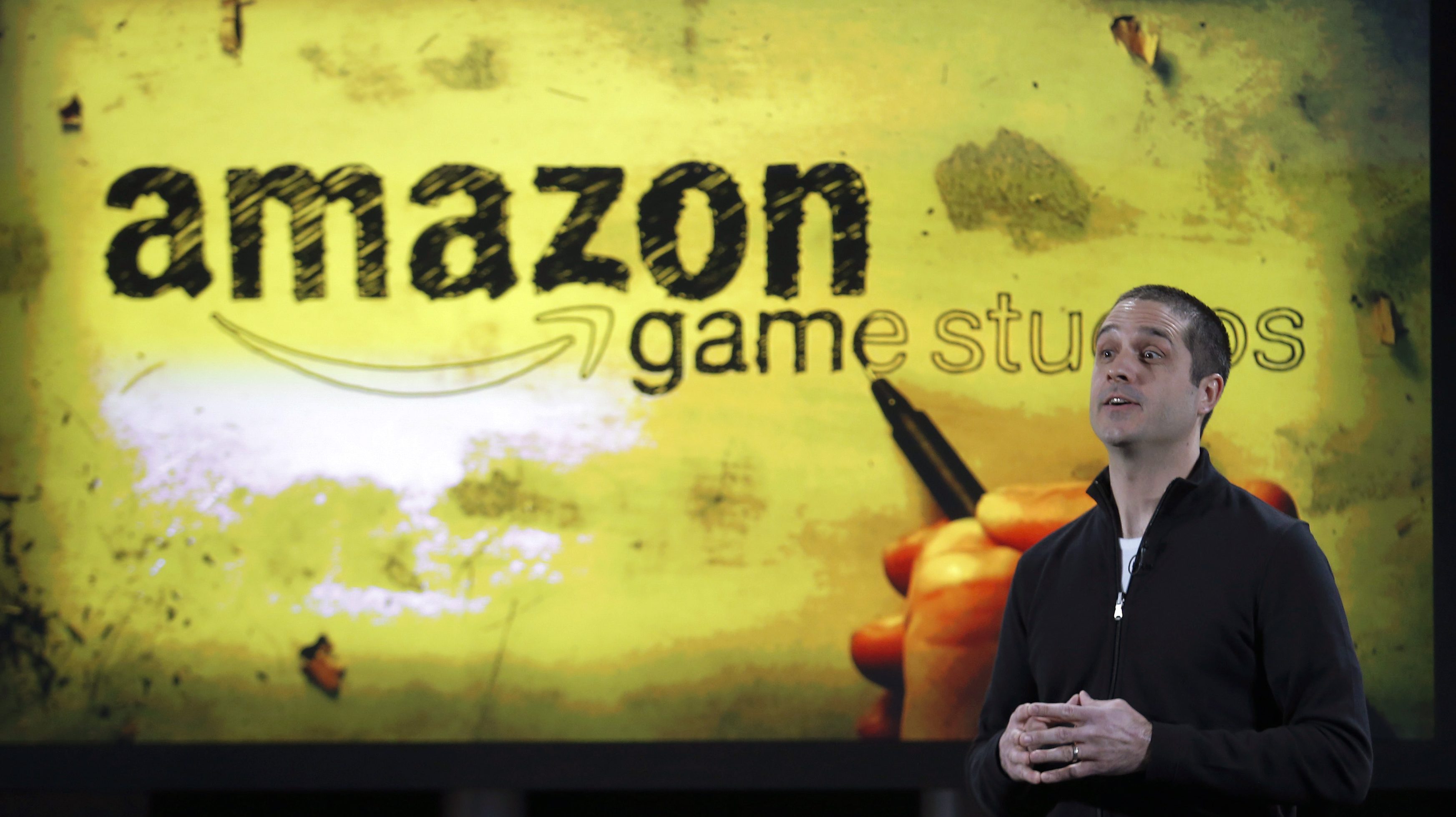 ﻿It took Amazon only five years after launching a TV studio to win its first Emmy award. But almost nine years since starting a video games division, not only is Amazon not winning any game awards, it’s also struggling to make any games at all.

The e-commerce giant is scrapping plans to develop an online multiplayer game based on The Lord of the Rings, Bloomberg reported this week. Amazon reportedly bailed on the project after a contract dispute with Tencent, the Chinese tech giant which was co-developing the game through its subsidiary, Leyou Technologies.

That is the fifth major Amazon video game the company has either canceled or discontinued in recent years. One prominent title, a free-to-play shooting game called Crucible, was abandoned after it bombed with gamers and critics. Amazon shifted Crucible developers to another game, New World, which has been delayed multiple times. The company’s only significant game to hit the market, a racing game based on the TV series The Grand Tour, flopped so badly that Amazon removed it from digital shelves a year after its release.

The breadth and consistency of Amazon’s video-game failings are striking, given the company’s many successes in other areas, from entertainment to cloud computing to artificial intelligence. But due to cultural issues, alleged mismanagement, and strategic errors, Amazon has yet to master the world of video games.

The cart before the horse

Amazon launched its games division, Amazon Game Studios, in 2012. It initially focused on smaller, mobile games, before quickly pivoting to more elaborate (and expensive) PC games a few years later. Since then, the company has almost exclusively worked on big-budget projects developed in-house.

But it likely got ahead of itself. Amazon jumped with two feet directly into game development before it really had the infrastructure to do so. Namely, it tried to develop games alongside the creation of its own game engine—the software and development tools used to power a game—nicknamed “Lumberyard,” which slowed the development process on both things. And unlike Sony and Microsoft, it doesn’t have its own console business to support the creation of proprietary games.

“They put the cart before the horse,” Michael Pachter, an analyst for Wedbush Securities, told Quartz. “They built game capability without a console.”

Pachter believes Amazon will eventually launch a console—or add gaming capability to an existing Amazon device, like the Echo. But, so far, there have been no signs Amazon is ready to compete with Sony’s Playstation or Microsoft’s Xbox.

A corporate culture not conducive to gaming

A January report in Bloomberg, published long before this latest Lord of the Rings game cancellation, detailed internal problems at Amazon that have made it difficult for the company’s gaming division to thrive. Amazon’s rigid, data-based culture, which prioritizes experience working at Amazon over outside experience, frequently clashes with the more creative, lax attitudes that are part of the game-creator culture, Bloomberg reported.

Mike Frazzini, a longtime Amazon employee who had never helped make a video game before he became the head of the company’s game studio, reportedly insisted the company make its own game engine rather than license a more proven one from outside the company. Eventually, that policy changed, but not before Amazon lost valuable time and resources creating an in-house engine while its games floundered.

Employees told Bloomberg management constantly chased industry trends, which inevitably failed to produce the desired results. Games that were meant to piggyback off the success of titles like Fortnite, League of Legends, and Overwatch all struggled to even get off the ground.

Amazon cares about games—but not that much

Amazon spends about $500 million per year on its games division, according to Bloomberg. That sounds like a lot until you realize that is roughly equivalent to the amount of revenue Amazon generates in 12 hours. (Amazon’s 2020 revenue was $386 billion, or a little more than $1 billion a day.) Half a day’s sales can fund Amazon’s entire video game operation for a year.

“It’s a tiny piece of their overall vision, but it’s an important piece,” Pachter said. He added that, aside from wanting another business to bolster its Prime subscription offering, Amazon went into game development in part to expand on the success it had in the space decades ago as a retailer.

Even the company’s now-defunct Lord of the Rings game was only ever meant to be a compliment to its upcoming Lord of the Rings TV series, which it has already spent nearly $1 billion on before a single episode has aired. The series will move forward without the accompanying game. Until Amazon treats its games like it treats its TV shows, it might not ever experience the success it wants.