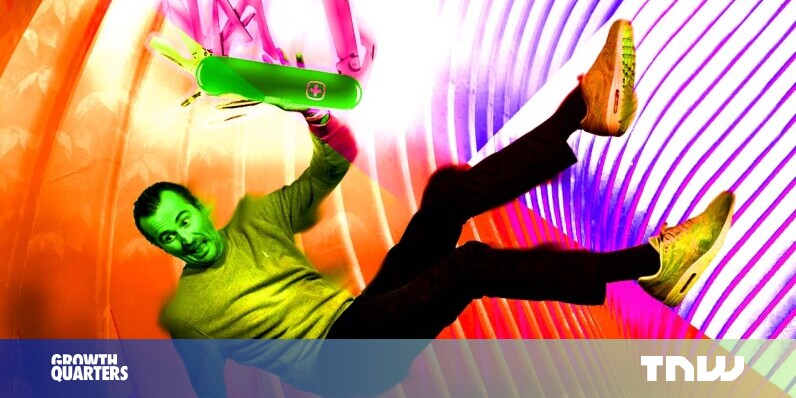 Boris is the wise ol’ founder of TNW who writes a weekly column on everything about being an entrepreneur in tech — from managing stress to embracing awkwardness. You can get his musings straight to your inbox by signing up for his newsletter!

When I bought my first house, I wanted to make some home improvements and needed tools.

While I was mostly looking for a drill, I was amazed when I happened upon a great deal at the hardware store. An incredible 3-in-1 machine that would solve all my present and future needs: drilling, sanding, and sawing.

It was made of a heavy base that contained the battery and motor. Then on top of that, there was a socket where you could attach the different components to turn it into a drill, sander, or saw.

I was in love with the versatility of this amazing machine — I mean 3-in-1, how incredible! — but then I slowly realized it had a big downside. It certainly could do three different things, it just did those three things poorly.

If I had bought one normal drill, it would have done its job just fine. But instead, I purchased three machines that didn’t do any of their jobs well. It was like the Swiss army knife I had as a kid all over again. It did a lot of things okay, but nothing particularly well.

And this lack of focus and the idea of jamming versatility into products keeps cropping up.

The sustainable, repairable, and ethical Fairphone is a great example of that. The idea behind it is laudable. It’s a phone where most parts are screwed instead of glued, and components like the camera, processor, and battery can be easily removed and replaced to achieve greater sustainability.

As much as I would love to love this product, you probably already understand why I’m reluctant to. The accessibility of the components means making compromises. The phone might be less sturdy, or not as waterproof, or more expensive. There can be an advantage to having the Swiss knife of mobile phones, but it comes at a price.

And while you might know this already, I think this issue isn’t limited to products alone.

It’s great that a browser can have many tabs open and that we humans can work on several projects at once. However, a software tool that promises to solve all your problems probably… doesn’t. The same as an employee who’s ‘good at everything’ probably isn’t.

So never forget there’s a cost to transmission, a penalty for taking a broad approach, and meaning can be lost in translation.