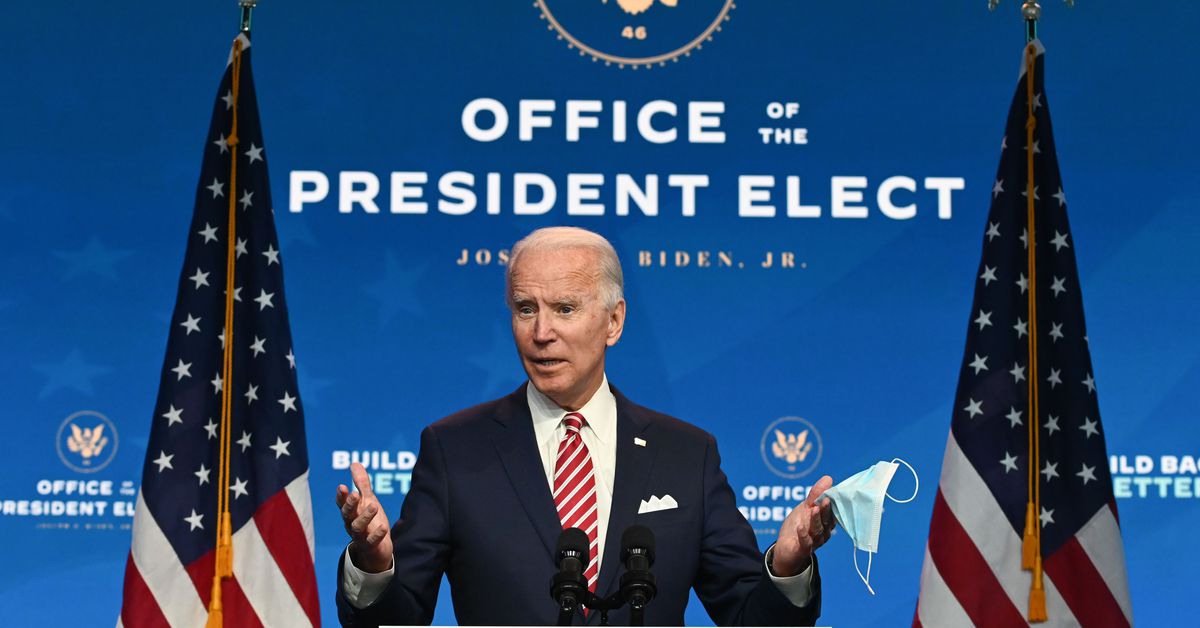 President-elect Joe Biden has begun crowdsourcing funds for his White House transition — sending out a call Friday for donations.

Ordinarily, a presidential transition would be largely taxpayer-funded, but that money cannot be released until the head of the General Services Administration (GSA), Emily Murphy, officially “ascertains” that Biden won the election. Despite the election having been called for Biden by all major media outlets — and despite the fact that key states have begun to certify his wins — Murphy has refused to do so.

Biden has nevertheless begun the transition process, hiring and onboarding staff, as well as setting up meetings with key groups, such as pharmaceutical companies that are working on coronavirus vaccines.

To help fund this effort, Biden sent out a fundraising email and tweeted that members of the public could donate to his transition funds on Friday, saying that he was forced to do so because President Donald Trump’s ongoing legal challenges to the outcome of the election “is delaying the transition.”

Here’s the deal: Because President Trump refuses to concede and is delaying the transition, we have to fund it ourselves and need your help.

If you’re able, chip in to help fund the Biden-Harris transition. https://t.co/apJMrdpoSS

White House officials have rebutted Biden’s allegation, claiming the president has not instructed Murphy to postpone ascertainment. But House Democrats have rejected this claim, and have demanded that Murphy give them a full explanation for the delay by Monday. An anonymous administration official told the Washington Post that the reason for the delay is very simple: “No agency head is going to get out in front of the president on transition issues right now.”

The transition process and general structure is governed by the Presidential Transition Act of 1963. That law calls for public funds to be used, and puts the GSA in charge of its execution.

Beyond creating a budget for hiring staff, ascertainment from the GSA would give Biden funds to conduct agency reviews, office space for transition officials, and critically, would allow members of the transition team to meet with their Trump administration counterparts. Biden’s team has worked to find ways around this lack of access — and the crowdfunding campaign is its solution to the funding problem.

As reported by Politico, the Democratic National Committee’s national finance chair, Chris Korge, wrote to donors on Monday, saying “over $8 million dollars in cash and in-kind contributions” were on hold without the GSA ascertainment.

“We need to raise the rest of the money we need before Thanksgiving so we can just totally focus on the transition and not fundraising for it,” Korge wrote.

This new grassroots push may be part of that effort to fill the gap by the end of the month, although the Biden camp has already quietly raised more than both Trump and Hillary Clinton raised for their own prospective transition teams in 2016.

Privately, the Biden camp has been fundraising for a potential transition beginning in June, and has reportedly raised $10 million already. According to Politico, Trump raised $6.5 million in 2016 and Hillary Clinton raised about $2.1 million; and Mitt Romney raised $8.9 million in 2012. Barack Obama raised about $6.8 million in 2008.

It has become common for incoming presidents to supplement GSA funding with their own fundraising; Obama, for instance, relied on about $6.8 million in private funds, and received about $5.2 million from taxpayers for his transition.

At that time, experts called on Congress to increase the funds available to presidents-elect; Meredith McGehee, then the policy director at the nonpartisan Campaign Finance Center, called the fact Obama needed to fundraise “a problem,” telling Politico, “If the public money is not sufficient, it should be increased.”

Biden is slated to receive more than Obama did, but at the moment, his team is reportedly pessimistic that any government funding will be made available before he takes office. Although Biden is projected to receive 306 Electoral College votes, Trump has refused to concede the election. His campaign and other allies have mounted dozens of legal challenges in battleground counties and states across the country, at least 30 of which have so far been dropped or dismissed.

Meanwhile, some voters, including a majority of Republican voters, have said that allegations of voter fraud have made them question Joe Biden’s victory. Those allegations are unsubstantiated, but low faith in the integrity of the election could motivate ongoing challenges to its outcome.

With federal funds in limbo, top Democratic donors have reportedly been approached to donate to the transition team on top of the general crowdfunding effort. According to the Federal Election Commission, the cap for large transition donations is $5,000, and that money can be used for any “transition-related expenses.” While the transition is legally allowed to accept money from groups like PACS and corporations, Biden has pledged to not accept funds from either.

Representatives from the transition team did not respond to Vox’s request for comment on the GSA’s delay. But a transition official said previously that the team had not ruled out legal challenges, and that it is examining various contingencies.

“The Biden-Harris transition has been planning for months for all possible scenarios,” the official said, according to CNN. “The nation faces too many challenges to not have a fully funded and smooth transition to prepare the President-elect and Vice President-elect to govern on Day One.”

Officials have spoken out about what a truncated transition period could mean. For example, Vox’s Jen Kirby has reported that some former national security officials have noted that “the 9/11 Commission Report found that [former President George W.] Bush’s truncated transition period in 2000 ‘hampered’ the administration in placing key personnel in national security positions and obtaining Senate confirmation.”

And Kirby also notes that the robust transition between Bush and Obama may have helped avert a “credible” terror attack planned around Obama’s inauguration.

And the issues go beyond national security: For instance, health officials have also urged the GSA to begin the transition, warning that a delay could undermine necessary preparations to respond to the Covid-19 pandemic and eventually distribute a vaccine.

Biden has attempted to work around his lack of access to key information and administration figures — for instance, he set up a meeting with former intelligence officials to make up for not having received any official presidential intelligence briefings. And he recently held meetings with state leaders on how to better coordinate the federal and state Covid-19 response.

While creative, these measures are not seen as being as good as official access, however. And if Biden does not receive ascertainment, he will begin his presidency less prepared than he might have been.