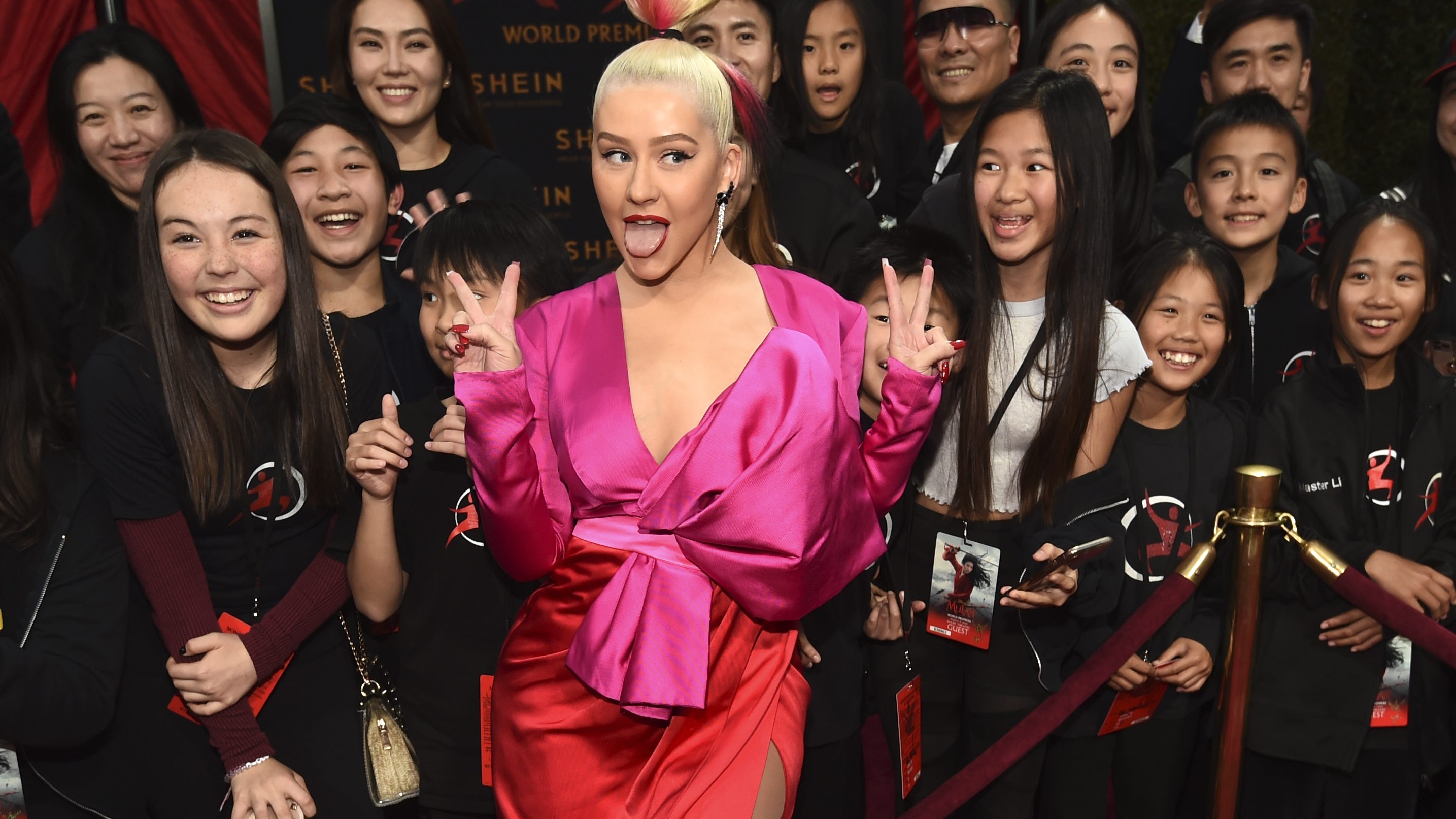 Fires are raging through Australia, hurricanes are ripping up the Bahamas, parts of Puerto Rico still lack power and running water years after Maria, and the coronavirus is spreading at an alarming rate. Yet, as I write this, “McDonald’s quarter pounder” is the number one trending topic on Twitter.

Humans are social by design; according to research, we crave togetherness and belonging. Our relationships with others and whether or not we are accepted by a group drive our behavior, and are essential to our wellbeing and to creating a collective sense of humanity around us.

We thrive because of this inherent need to belong. Historically, this urge has mostly manifested through joining tribes that provided us psychological comfort, physical safety, and a sense of social meaning. But over time, as human societies have become more complex, we’ve outgrown these singular tribes and flocked to more modern, overlapping ones.

When French political scientist Alexis de Tocqueville visited the United States in the 1830s, he was most impressed by the fact that “Americans of all ages, all stations in life, and all types of disposition [were] forever forming associations.” This penchant for creating clubs and organizations addressed both social and societal needs. What began as women’s clubs in the Gilded Age laid the groundwork for the suffrage movement in the early 20th century. The Kiwanis Club, founded over a century ago to provide fraternity and networking for professional men, now logs more than 18 million community service hours annually around the world. Throughout our history, civic-minded associations like these have defined our identities, strengthened our networks, mobilized our resources, and oriented us toward a common good.

But civic engagement isn’t what it used to be. As sociologist Robert Putnam explains, American civic life has been in steady decline since the middle of the last century. Despite increasing levels of education, recent generations have seen stagnating participation in everything from politics to organized religion to union membership to parent-teacher associations.

There are many reasons for this, such as intense distrust in government, social institutions and businesses, generational differences, the technological revolution, America’s loss of religion, the changing social roles of women—the list goes on.

But I’d like to focus on just how humans have gone about filling this void. In place of civic engagement, we’ve flocked to society’s new mechanism for togetherness: pop culture. As we’ve become more lonely and isolated, pop culture became the modern-day campfire. It’s become a way for us to manufacture belonging in an increasingly ephemeral world; to keep ourselves engaged through social lives built around entertainment rather than relationships.

One could argue that media theorist Neil Postman foresaw this evolution of pop culture back in the 1980s, a decade before the commercial internet and a generation before social media. In his seminal book Amusing Ourselves to Death, he made an astute observation about how people were beginning to relate to one another in an age dominated by television, noting that “Americans no longer talk to each other, they entertain each other.”

It seems we’ve been living in a full-blown Postman society, where virtually every facet of civic life has been reduced to a form of entertainment competing for our attention. National politics have evolved (or perhaps regressed) into reality television, transforming us into fiercely loyal superfans. Church has become cool through Instagram-friendly facades and an intentional de-emphasis of religion, helped by Kanye West’s reimagining. And slacktivism has made it possible to advocate for worthy causes by posting selfies and sharing memes.

Pop culture has always unified us through a shared monoculture—around books, radio programs, TV shows and music. But it’s important to consider how this landscape has shifted rapidly in just the last decade. Pop culture has fragmented; and through its bringing us together has ultimately divided us, too, with harsh lines.

So, as we build our modern-day tribes around things that entertain us, that divide between intensely unified groups becomes deeper. In true Postman-style, we can see it most evidently through today’s primetime television. For example, while post-dinner hours used to be a shared cultural space, we’re now seeing a correlation between what people tune into and the politics to which they subscribe. These entertainment-based tribes that compete for our attention are ultimately compromising our ability to cooperate by entrenching us in echo chambers. The new dominant force for gathering is arguably deterring us from the very trait that has fueled the success of the human species in the first place.

The rise of the “pop cult”

Today, pop culture has evolved into a network of mini pop cults that compete against each other for primacy, and for our attention. And like the notorious cults we’ve witnessed in the past, they’re masterful at pulling ordinary people in, brainwashing them, and channeling their civic energy toward goals that aren’t oriented towards the greater good.

Cults can manifest in a wide variety of ways, but they typically share three core things: they have a charismatic, often authoritative and self-appointed leader; they require an indoctrination program in order to belong; and they function via some form of exploitation, typically financial or sexual. All three of these traits are unabashedly manifesting in today’s most salient and entertaining pop cults. And people are desperate to join. I’ve categorized our pop culture habits into the following groups.

Bow down to celebrity-driven cults

The charismatic leader, regarded with a God-like reverence, is crucial for drawing people into this particular type of a cult apparatus. Men like Charles Manson and Jim Jones all used their charm and conviction to convince vulnerable people that they were all-knowing sources of truth, driving their followers to commit heinous crimes or engage in acts of self-destruction.

Celebrities and public figures today have started something of a specialized spiritual awakening through their influence. Beyoncé Knowles, for example, possesses a cult-like authoritarian influence that’s undeniable. Just see Beyoncé Mass, a church service inspired by Queen B herself, her collective Beyhive following, and accounts of the unprecedented “mass ecstasy” in the wake of her Coachella performance. On the other end of the celebrity spectrum, president Donald Trump’s presidential campaign rallies definitely fall into this category. It’s regularly reported that some incite a sort of gang-up, even a violent effect, on attendees and his followers at large.

Indoctrination of the lifestyle leaders

In a cult, indoctrination, or grooming, typically begins through the process of thought reform or mind control. Online forums on platforms like Reddit, 4Chan, and even YouTube are notorious for nudging young, impressionable people toward extremism through a combination of memes, conspiracy theories, and algorithm-driven playlists. Once fully enmeshed, believers are sent out to recruit others like them.

And brands are doing just that. Marie Kondo’s celebrity led into the KonMari method, with a  cult-like certification program developed after consumers lost their minds over a simplified method of cleaning up. It costs $2,700 to partake in, plus an additional $500 annual fee. But as a KonMari consultant, you have the privilege and duty of spreading the Marie Kondo way to others.

Gwyneth Paltrow’s lifestyle brand Goop is completely grounded in pseudo-science and called out regularly by true experts for the fact, yet the brand is stronger than ever. Enough people continue to buy her $18,000 golden dumbbells, which is faith testimony enough.

Exploitation is the other key component of a cult and can manifest in a number of ways, but more often than not it is either financial or sexual. Like the intentions of cult leaders, the social media gig economy in particular seems to lend itself to dubious practices. With the epic failure of the now-canonized failure of Fyre Festival, mastermind Billy MacFarland knew that the masses are so in awe of pop stars and supermodels that they would dish out incredible amounts of cash for the chance to experience a glimpse of their worlds. All it took was a deceptive yet effective sales pitch based solely on sponsored social media hype.

This marketing tactic endures in the Kardashian-Jenner clan’s savvy money-making schemes, including Instagram posts for up to $1 million  apiece that endorse products from handbags to weight-loss teas to teeth whitening.

We’re seeing all sorts of multi-level marketing across the social retail space that has had devastating effects on the people that buy into the schemes. If not complete hoaxes, these programs are at least designed to nudge consultants, who are disproportionately women, to giving up their money.

This is all just scratching the surface. And while we’ve always known that brands use cultish tactics to gain popularity, it’s reached an unprecedented level—and it’s of our own making. Everything has become a subscription-based ”club” or “community,” designed to generate continual revenue. This is especially the case when you look at how entertainment media has splintered in the past decade. If you don’t subscribe to Netflix, Amazon Prime Video, HBO, Hulu, Disney+, etc., you are shut out of the conversation. How many people subscribed to Netflix in 2013 just so that they could join in on the water-cooler discussions of House of Cards?

We’re channeling our unused civic energy into these pop cults, while relying on them to serve us.

But what will our participation mean for the future?

Paying the price for endless entertainment

In a world where social isolation has become a public health crisis, where technology has disrupted the idea that community is bound by geography, and where parasocial relationships between influencer sand their adorning fans are common, the pop cult has become a dominant force that manipulates us into channeling our civic energy there. And while it’s satisfying our need for belonging, it’s also eroding our ability to mobilize for the common good.

What does it say about modern human societies that people are so eager to wait in line overnight for the latest Hypebeast sneaker or smartphone, but struggle to find the patience to wait in line to vote? What does it say that people are willing to argue with strangers on the internet about the brilliance of their favorite artist, but can’t be bothered to get to know their neighbors? What does it say that we’ll shell out hundreds on frivolous consumer goods, but need to be incentivized by tax deductions to give to charity?

As we’ve allowed the pop cult to reign supreme, we’ve found ourselves in a state where we struggle to address society’s most pressing and potentially destructive issues because we’re so caught up in the distorted realities of our own entertainment.

We’ve blindly swapped the common good for our own pleasures and amusement. So, what now?