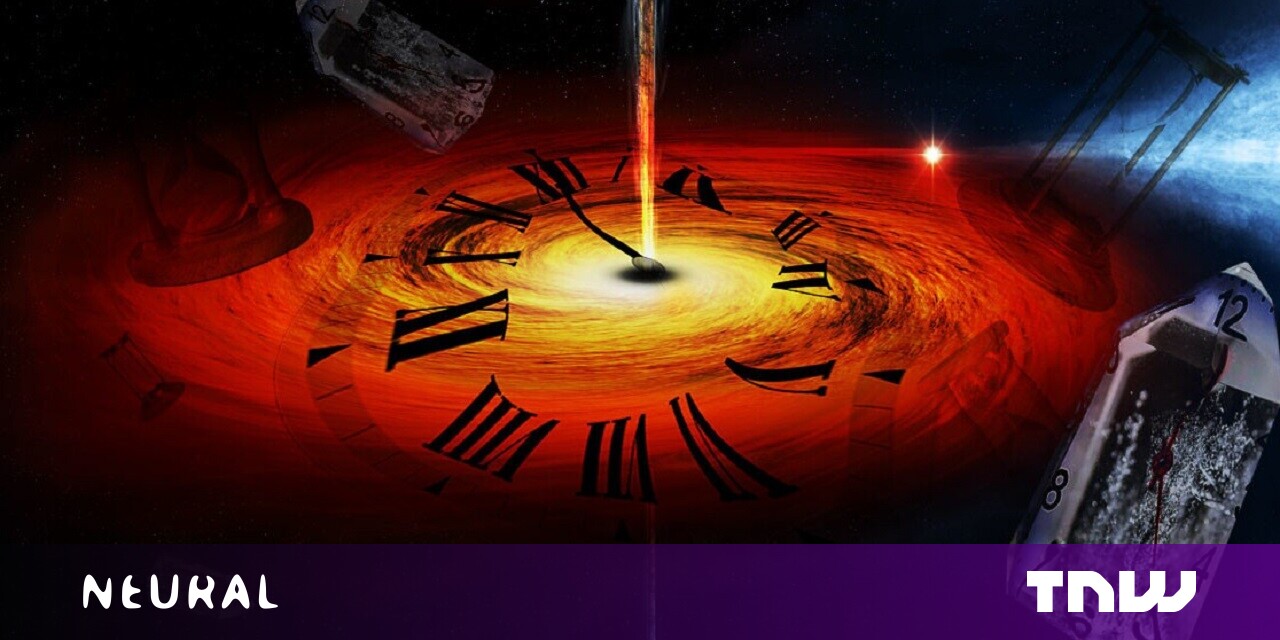 The prevailing theory on the origin of our universe goes like this: about 13.7 billion years ago a single particle exploded. The resultant blast created an ever-expanding universe that, eventually, became home to the planet we call Earth.

The Big Bang theory first appeared in a scientific paper in 1931. Physicist Georges Lemaitre is credited with its creation. And the bulk of our assumptions about the universe and its rate of expansion are based on his ideas.

In 2019 that rate of expansion, called the Hubble Constant, was put into question by various teams that determined either the rate of expansion had been incorrectly calculated or something was seriously wrong with the universe.

[Read: Either the Hubble Constant is wrong or the universe is ripping itself apart]

Scientists are still sorting things out and working towards an explanation that can reconcile both the Big Bang and our modern observations.

The reason why we can’t just punch some numbers in a supercomputer and determine the truth is because we don’t have all the information.

Trying to determine how old the universe is by measuring its current rate of expansion is like trying to pick the winner of a NASCAR race based on a blurry, out-of-context photograph of one racer’s left rear tire.

To that end, the Big Bang theory only really works if we assume it was the beginning of our universe. Doing so makes it the one piece of the entire puzzle that corresponds with what we’re actually able to see and measure.

But what if the Big Bang wasn’t the beginning?

Chanda Prescod-Weinstein, a physicist at the University of New Hampshire, has a differing theory.

Writing for New Scientist, they claim it makes more sense to assume the universe has been expanding forever.

The universe may not have had a beginning moment, and we may live in what is called an eternally inflating universe. One that was expanding exponentially even before what we call the big bang. Mathematically, this seems the most likely scenario — assuming inflation is correct.

The ramifications of such a theory may seem trivial – one explanation for a number is as good as another until we’re able to measure more. But a lot of our assumptions concerning both classical and quantum physics are grounded in the idea that time is more than just a construct.

Whether we’re discussing Newton’s Laws or breaking down the nature of relative observations in quantum physics, the idea is that there’s a dimensional quality called time that’s codified by distinct points representing the beginning and end of an event.

Without a finite moment at the creation of the universe where nothingness became something, there’s no origin point for time – there are no beginnings.

The concept of infinite expansion without a beginning may be difficult to wrap our heads around, but it kind of adds up. After all, it seems paradoxical to imagine a period in which the universe itself, and thus time, didn’t exist at all because you’re forced to wonder how long time didn’t exist for before it finally did.

Greetings Humanoids! Did you know we have a newsletter all about AI? You can subscribe to it right here.

✦ How to bring EVs to Africa