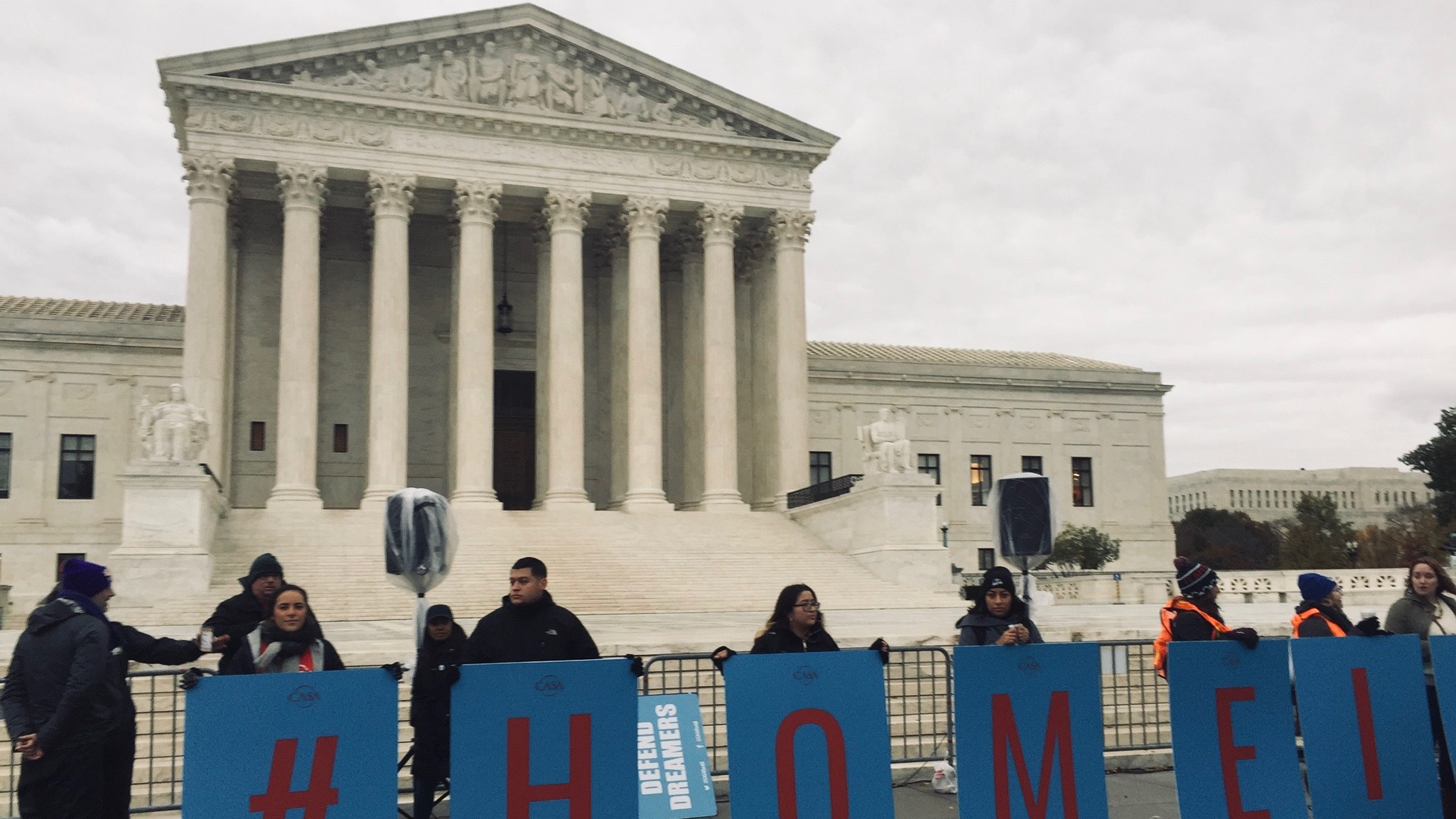 The coronavirus crisis has taken many Americans by surprise. Few predicted that the US, with all its wealth and human resources, would be so quickly crippled by a pandemic. But the American Association of Medical Colleges (AAMC) did just that last year.

It warned in an amicus brief to the US Supreme Court of a severe shortage in healthcare professionals nationwide, deficiencies that would only be exacerbated in the case of a national emergency like the one happening now. The filing explained that the country now very much relies on more than 27,000 grown children of undocumented immigrants in healthcare and medicine, authorized to work under an Obama-era program introduced in 2012, called Deferred Action for Childhood Arrivals (DACA).

The Trump administration rescinded the program in 2017, a decision that was challenged by numerous institutions and businesses reliant on the nation’s 700,000 DACA participants. Those challengers accused the Trump administration of inadequately considering the economic and practical consequences of its policy. The AAMC’s “friend of the court” brief, which now seems so very prescient, stated:

The risk of a pandemic…continues to grow, since infectious diseases can spread around the globe in a matter of days due to increased urbanization and international travel. These conditions pose a threat to America’s health security—its preparedness for and ability to withstand incidents with public-health consequences. To ensure health security, the country needs a robust health workforce. Rescinding DACA, however, would deprive the public of domestically educated, well-trained, and otherwise qualified health care professionals who have been provided education in reliance on their ability to continue to work in the United States as health care professionals.

Last October, the justices heard oral arguments in the case. A decision in the matter is now pending and is expected by June. But the current pandemic brings these arguments into stark relief, as lawyers recently reminded the high court.

On March 27, pro bono attorneys from Yale University law school sent a letter to the justices urging them to vacate the administration’s decision to terminate DACA, which lower courts have already found was insufficiently considered. “Healthcare workers on the frontlines of our nation’s fight against Covid-19 rely significantly on DACA recipients to perform essential work…The pandemic sheds new light on the reliance interests of healthcare providers and the public health consequences of ignoring those interests,” they wrote.

The missive isn’t likely to fall on deaf ears, based on the justices’ questions during oral arguments in the case last October.

Neil Gorsuch pressed solicitor general Noel Francisco—arguing on behalf of the Trump administration—to explain how the program was terminated without considering all the institutions and businesses that need these workers to operate.

Francisco complained, “You can’t argue we completely failed to consider reliance.” He claimed the administration was “keenly aware” that DACA recipients relied on the program.

But Stephen Breyer countered that the question isn’t whether the program’s direct beneficiaries’ interests were considered. Rather, it’s whether the government took into account the needs of everyone else in the country who benefits from their presence.

These organizations’ interests “are not quite the same as those of the 700,000 [DACA workers] who have never seen any other country.” Still, Breyer didn’t seem convinced that the administration laid out the case for changing its policy in light of the many entities who have told the court they relied on its continuation.

The Administrative Procedure Act requires the government to account for reliance interests when making such policy changes. Elena Kagan told Francisco that “one conclusory sentence” in a Department of Homeland Security memo explaining the Trump administration’s about-face held little weight against “the questionable legality” of terminating DACA given the many Americans and US institutions who depend on the program.

The interconnectedness of everyone

Marisol Orihuela, an associate clinical professor of law at Yale who is working on the case, tells Quartz that if the high court finds the Trump administration was within its rights to change the policy—regardless of reliance interests—foreign born healthcare workers authorized to work under DACA could be immediately deported.

Though she cannot specify precisely how many are already under final orders of deportation, there is no doubt that the only thing between them and Immigration and Customs Enforcement is the pending high court decision. ICE and DHS leadership have made statements to that effect all year.

What makes this situation especially ironic is that the Trump administration is urging healthcare workers from abroad to come work in the US in this time of crisis. Meanwhile, it has spent years fighting in court to deport immigrants who didn’t make the decision to come here, arrived when they were children, and are fully integrated into American systems and culture and have been deemed essential.

The effects of rescinding DACA could be “potentially catastrophic,” according to Olihuela. Beyond the 27,000 healthcare professionals putting their own lives on the line to care for the ill right now, there are tens of  thousands of essential workers among the DACA recipients—delivery drivers, food service workers, and hospital and healthcare staffers. Representatives of the DACA beneficiaries argue that if the high court allows the Trump administration to move forward with its plan to deport the 700,000 young adults who grew up in the US and know no other home, the impact will be exponential, rippling across communities and industries nationwide.

The dangers of terminating DACA were always evident to healthcare organizations, businesses, and state and local governments that filed briefs in the case. But the current situation makes it practically impossible to deny that DACA can literally save Americans. As Sonia Sotomayor put it at last year’s hearing, “This is about our choice to destroy lives.”