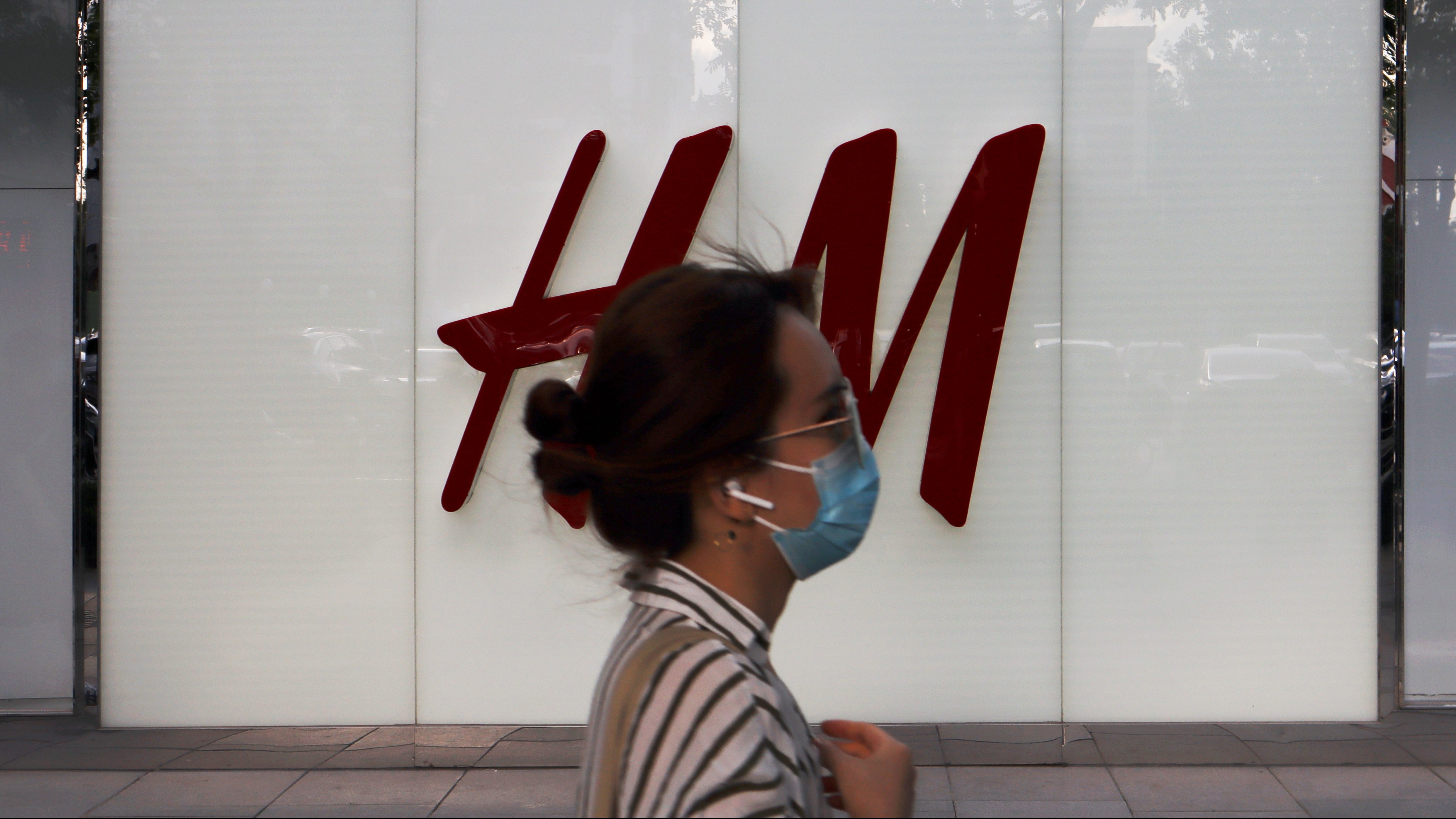 H&M is facing a harsh backlash in China over a year-old statement it made expressing concerns about forced labor in Xinjiang.

On Weibo, a large Chinese social media platform, users have called for a boycott of the Swedish fast-fashion chain. It also appears to be blocked on China’s biggest e-commerce sites. On Alibaba’s Tmall platform, H&M’s official store is no longer accessible, and searches for its products on Taobao, Pinduoduo, and JD.com return no results, multiple sources have reported.

Actor Huang Xuan and singer Victoria Song, whom H&M had previously signed as brand ambassadors in the country, both emphasized they were no longer working with H&M. In a statement, Huang said he opposes behavior that “spreads rumor about China and human rights.”

State media has also gone on the attack against H&M. Broadcaster CCTV criticized the company for “eating China’s rice while smashing its pot,” France 24 reports. The Beijing-backed Global Times spotlighted comments from angry social media users calling for H&M to leave China, where H&M had more than 2,900 stores (pdf) and generated just over $1.1 billion in sales last year.

The uproar appears to have started after the Communist Youth League, once a powerful organization for grooming Chinese officials, lashed out at H&M on Weibo, according to fashion trade outlet WWD (paywall). “Spreading rumors to boycott Xinjiang cotton, while also wanting to make money in China? Wishful thinking!” it said. It included H&M’s statement in reply to the decision by Better Cotton Initiative, an organization focused on improving cotton’s environmental and social sustainability, to stop working in Xinjiang last year.

The company has addressed its ties to Xinjiang in the past year as Western researchers and authorities allege China is pressing Uyghurs and other predominately Muslim ethnic minorities into forced labor and internment camps. Xinjiang is a major source of products such as cotton and tomatoes believed to be produced with forced labor and that make their way into the supply chains of international corporations. H&M has said (pdf) it is “deeply concerned” by the allegations and that it does not source products from Xinjiang. It declined to comment on the anger it is now contending with in the country.

It’s unclear why a year-old statement has become the center of the outrage online, but it comes as tensions escalate between China and western nations. This week, the US, European Union, and Canada imposed coordinated sanctions on Chinese officials they accused of human rights abuses in Xinjiang. China, which has routinely denied the claims, immediately struck back with sanctions on European officials and organizations.

The situation puts multinational corporations in a sensitive position. Many companies in clothing, footwear, and other industries are trying to distance themselves from ties to Xinjiang. But in doing so, they risk angering Beijing, which has a history of mobilizing citizens to punish foreign companies that take positions opposing its own. The costs can be high. The National Basketball Association lost hundreds of millions over a spat with Beijing after a team’s general manager voiced his support for pro-democracy protesters in Hong Kong.

Companies have refrained from condemning China’s actions in Xinjiang. But plenty have made statements against forced labor and insist they don’t source from the region, including big names such as Nike, Uniqlo, and Inditex, owner of Zara.

Chinese companies may take a different course. Vice News reports that Anta, China’s homegrown sports giant, has released a statement on Weibo saying it has always used Chinese cotton, including from Xinjiang.