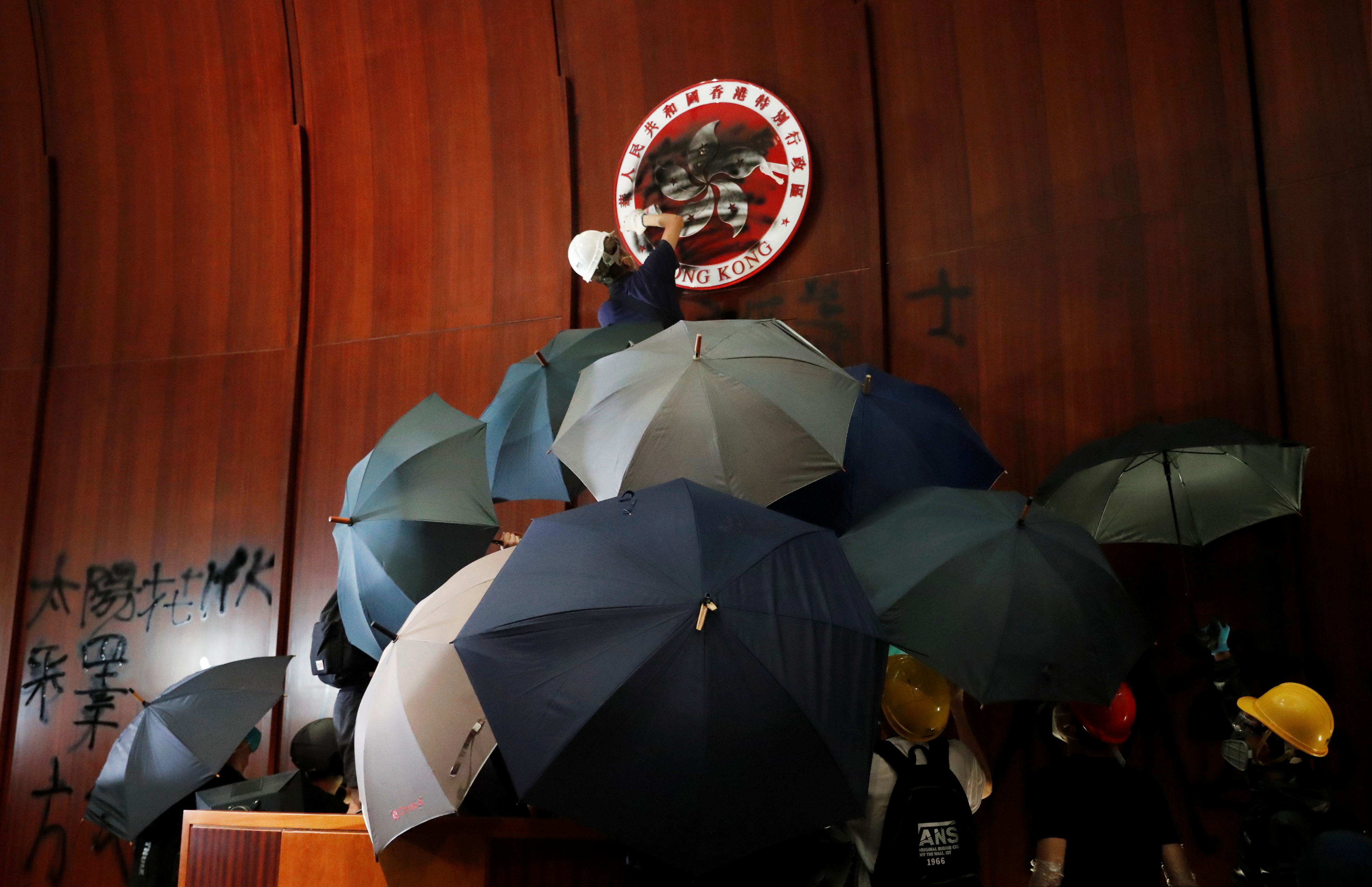 Hong Kong’s opposition camp has just been banned from opposing the government.

Election officials today disqualified a dozen pro-democracy candidates from running in September’s legislative elections, effectively signalling that only those pledging blind loyalty to the state will be allowed to run for a seat.

Among those barred from the election was activist Joshua Wong, whose opposition to the national security law imposed by Beijing was cited as a reason for his disqualification. Even the mere act of traveling to the US to lobby politicians there is now grounds for disqualification. In a statement, the government backed the candidates’ invalidations, saying anyone “expressing an objection in principle” to the new security law must be barred from taking office. Beijing also voiced its support (link in Chinese), accusing the banned candidates of seeking to “paralyze” the government and subvert the state.

The government’s latest move caps off a month of full-throttle assaults on Hong Kong’s civil society.

Where last year Beijing cracked down on Hong Kong’s protest movement using a local arm of control—the city’s police force—it no longer needs to wield such a big, physical battering ram. Armed with a sweeping national security law so vague that it can criminalize any opposition against the state, Beijing can now exert authoritarian rule with a few flicks of the pen, dressed up under a veneer of protocols, rules, and spurious due process. A month into the security law’s enactment, Hong Kong has fully descended into a state where rule-of-law is replaced with rule-by-law.

Today’s form of state violence may be less visceral than what the world saw last year, when bloody arrests, thug attacks, tear gas, and police assaults on civilians were regular occurrences. But what has now taken hold, though more muted, may have even more insidious and long-lasting effects.

In the past month alone, the local government has declared a protest slogan illegal, banned a protest anthem from schools, and removed books from libraries. Holding up blank placards can get one arrested, as can being caught with pro-protest stickers. Meanwhile, a mid-tier hotel was converted overnight into the headquarters of Beijing’s newly established, shadowy national security office in Hong Kong, whose state security agents are not subject to local law and can whisk suspects to mainland China.

This week, Benny Tai—a legal scholar who was jailed for his role in the 2014 Umbrella Movement—was fired from his job at the University of Hong Kong, while another activist academic in social work was told his contract would not be renewed. Beijing cheered Tai’s sacking as “poetic justice,” all the while as teachers, doctors, and civil servants describe an increasingly repressive work environment comparable to Mao Zedong’s violent Cultural Revolution.

And late last night, officers from the police’s new national security department arrested four students for allegedly posting secessionist content on social media. They are the first public political figures to be targeted under the national security law.

Now the ballot box—the sole remaining official avenue where people can register their political beliefs—is gone. Worrying hints of that already surfaced earlier this month, when Beijing declared the opposition’s primary election “illegal” and the local government began investigating the vote for “subversion” after some 600,000 turned out to vote in it. But that was not enough. In a political system that is already rigged in favor of the government, officials now feel sufficiently threatened by popular opposition candidates to bar them from running altogether. Even if September’s elections are not “postponed,” as reports have suggested, only unwavering supporters of the government are likely to remain on ballot lists. What’s left is a hollow shell of an exercise called an “election”—much like Iran’s earlier this year, in which nearly half of 15,000 candidates were banned from running.