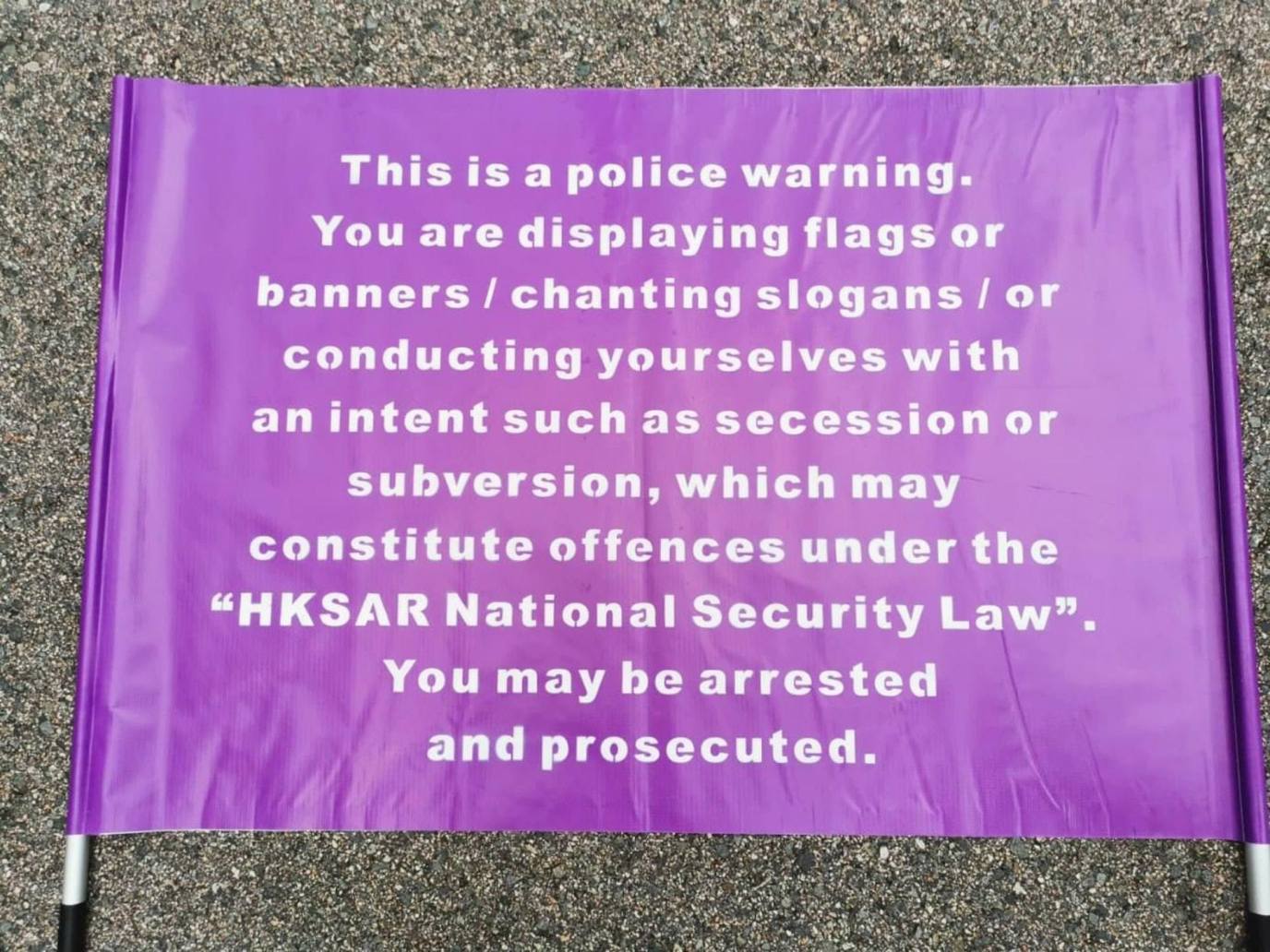 The Hong Kong police have added a tool to their arsenal as they work to “strictly enforce” the city’s newly enforced national security law: a purple flag warning people that their banners and slogans are in breach of the new law.

Beijing yesterday unilaterally approved a sweeping national security law for Hong Kong, and it went into effect hours later. The 16-page legislation (pdf) criminalizes a wide-ranging set of actions, using vague and subjective language characteristic of the Chinese legal system that any criticism of the Chinese Communist Party could be deemed to violate the law.

Criminalized under the broad terms of  secession, subversion, terrorism, and foreign collusion are acts such as chanting slogans and waving flags that call for Hong Kong’s independence from China. Such acts were previously protected by Hong Kong’s freedoms of speech and expression, but are now punishable by up to life imprisonment.

The latest addition is the purple flag, which is the most verbose of the colorful banners. It warns protesters that their flags, banners, slogans, or conductmay be committing the crimes of secession or subversion, and are liable to offence and prosecution. Today—the first full day with the national security law in force—is the first time the police have used the flags in public.

Police said that they have arrested at least two individuals today for displaying protest material that make calls for Hong Kong’s independence. Protesters gathered in downtown Hong Kong to march against the new law, risking arrest because the police had banned the annual July 1 rally for the first time in nearly two decades.

While the law purports to protect the “legitimate” rights of citizens, and while the Hong Kong and Chinese governments have repeatedly said that it will only affect an “extremely small minority” of people, even a cursory reading of the legislation makes clear that it will severely curtail civil liberties in Hong Kong and crack down on any protests that challenge the state—including people outside of the territory. Even the act of marching on streets can now plausibly be declared a “terrorist” activity, as the law defines terrorism to include hindering and damaging public transport.